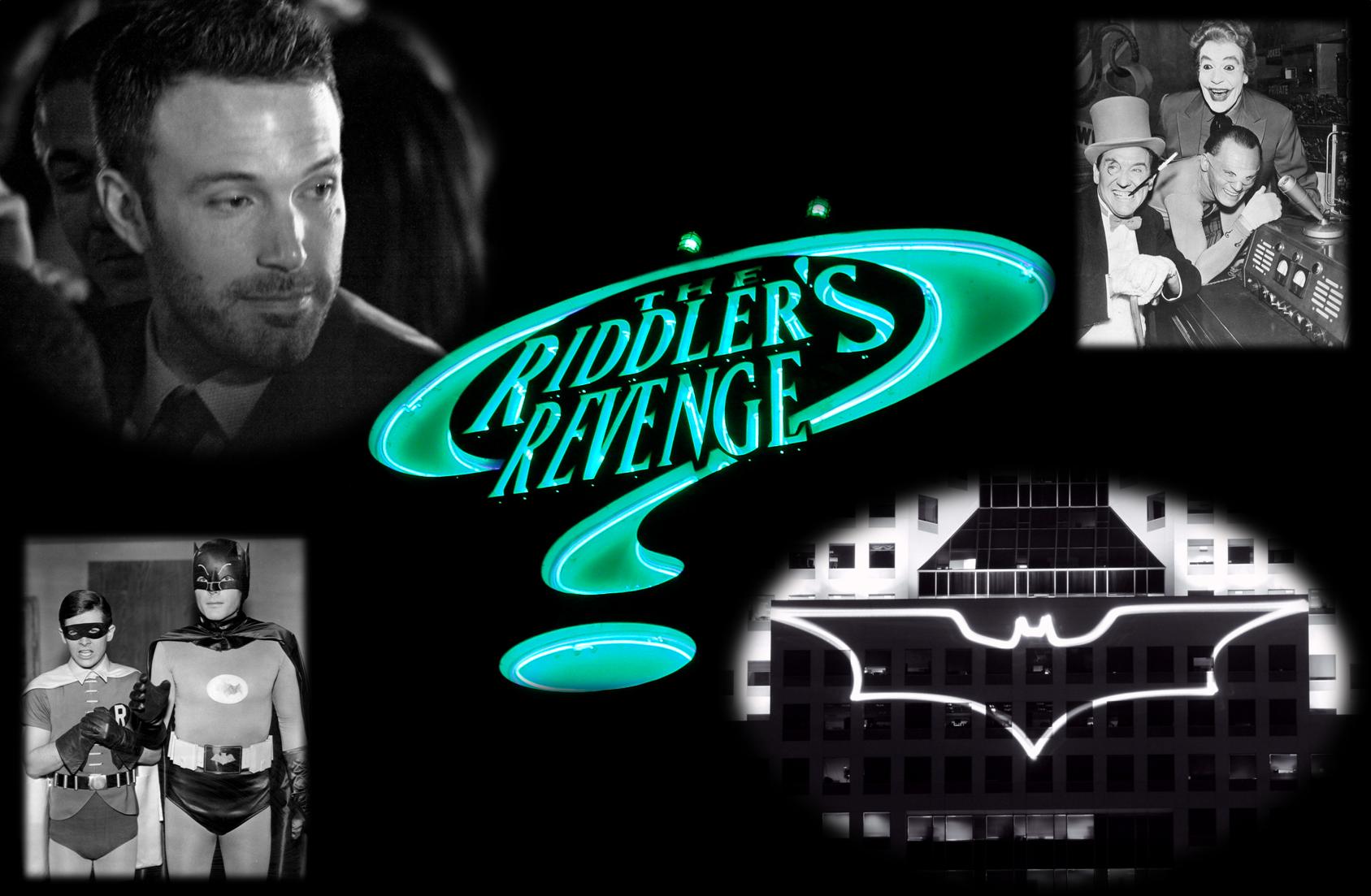 Ben Affleck is Batman, But-

Daily Planet and Wayne Enterprises, of a Sort

When the news broke that Ben Affleck would be the next Batman, the next one to don the cowl of the Dark Knight, it was met with mixed and divisive reactions.

It seems that everything burns.

Rebooting so soon after the Nolan trilogy, maybe it is not about the message and all about the money?

Gothamites have weighed in, knowing that if the new Batman vs. Superman vs. Batman (it should be two out of those three, in some order) movie set to be released in 2015, is no good, the punishment must be more severe than mere flame wars on Twitter.

They may be some of the nicer things said.

Of course the conspiracy theorists out there – of which there may be a few on the internet – will have noticed the surnames of the actors that have played Batman on the screen.  From West, to Keaton, to Kilmer, to Clooney, to Bale, and now to Affleck.  The letters clearly show a [bat] signal in reverse alphabetical order.

Which must mean something.  Anything.  What if it reverts to Zod after Affleck?  Think about it…

(That riddle may have been written by a penguin.  No monkeys had access to typewriters for this post, and flippers don’t type well.)

The Hunt for Goodwill

Of course, give Ben a chance.  As they say in Hollywood.  But there are so many questions.

Matt Damon has stated that he won’t be playing Robin; which probably means we can also rule out the appearance of a bearded Robin Williams as well.

Just how well a Batman and Superman movie will work remains to be seen.  Can it be any worse than Batman and Robin (and dare one even mention Gigli)?

There are also issues of combining the two comic book characters, even if both are in the DC Universe and represent two parts of the hope for the Justice League movie.  Traditionally Batman fans have preferred the darker, brooding and more realistic nature of the very human Batman; compared to the nearly invincible Superman, an alien for Krypton.

There’s also the Batman and Bruce Wayne dichotomy.  Some argue that one actor may be a better Batman, yet lacking as Bruce Wayne.  Or vice versa.  Where Ben Affleck fits into this, the world will have to wait see.  All the while debating it in the meantime, of course!

And Why Doesn’t Batman Dance Anymore

How will Batman look this time around, given that he has gone from suits of simple Lycra to rubber body enhancers (complete with nipples at one stage) to finally being able to again turn his head, how will the next mantle be passed?

There’s also the issue of the bat voice as well, will Batfleck be better than Baleman?

What say you good citizens, is Ben Affleck the Batman we need, or a casting sucker punch we didn’t see coming and don’t deserve?