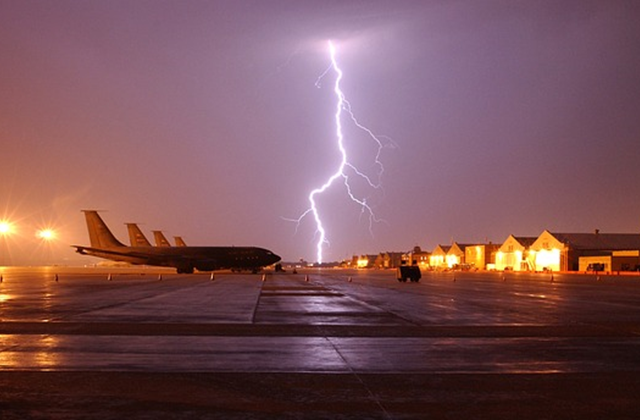 In the wake of the Germanwings tragedy, much focus has been placed on the co-pilot Andreas Lubitz. Looking for signs, clues; and more generally questioning mental health issues and screenings associated with airline pilots. This is understandable. There is the sense of the need to do something, so that such an occurrence on an airline is not allowed to happen again. It’s also putting humanity into what was the senseless loss of human lives. Which, those suggesting better psychological screening methods, argue could be used to prevent in the future.

Although there is undeniably merit to the psychological screenings in understanding and helping to ensure pilots’ mental health, from a risk management perspective other approaches are likely to be more effective.

The Germanwings disaster which killed 150 people when the plane crashed into the French Alps, reportedly occurred when the pilot left the cockpit to go to the toilet. Then co-pilot Andreas Lubitz is being blamed for locking the door, and deliberately and tragically crashing the plane into the mountainside.

That the cockpit door could only be opened from the inside, followed as a security measure after the events of September 11. Where, at the time for each respective plane, hijackers had gained access to the cockpit and forced the plane to crash. The very aim of only being able to unlock from the inside the locked cockpit door, was in response to prevent such now foreseeable risks from being repeated again.

The idea behind having two pilots, the pilot and the co-pilot, is itself a measure in risk management. Whilst it may appear redundant, the safety factor is increased by having two people capable of flying the plane. Even if one is sufficient for the job.

The cockpit door, not being unlockable from the outside, represents in the jargon of risk management something which may be referred to as an adjunction point, or a pinch point, or that which leads to critical mode failure. Put simply if something were to go wrong with only one pilot in the cockpit, having two pilots is irrelevant to the safety of the aeroplane if one of those pilots is now locked outside of the cockpit. The so-called safety factor because of the door, is now running in series, rather than the parallel of otherwise having two pilots in the cockpit. Such that one failure is enough for all to fail.

Some very simplified examples and calculations can demonstrate this. Note that the numbers used are deliberately arbitrarily large. They are not accurate representations of the actual observed risks (which are significantly smaller) and have been chosen for clarity and ease of exposition.

Provided that the pilots’ intentions are independent – that is, the two pilots are not going to combine their efforts to crash the plane – and assuming if something were to go wrong with one pilot then the other pilot in the cockpit is sufficient to mitigate the risk of the rogue pilot and safely fly the plane to its destination. Then the chance of the plane crashing on average is then only 1 percent (p = 0.1 × 0.1 = 0.01). Arriving safely on average the other 99 percent (p = 1 − 0.01 = 0.99) of the time.

Thus the act of having the apparently redundant second pilot can make a significant difference to increasing the safety and reducing the risk for passengers on the plane.

The problem, as the world recently and sadly bore witness to, was that none of this matters given the risk of one rogue pilot locking themselves inside of the cockpit to grimly do so as they pleased.

The lockable cockpit door, intended to save lives, has perversely now endangered and cost lives. So whilst it’s not unreasonable to talk of increased psychological screenings for pilots, it’s ultimately only a small part of the solution. It’s not the most actionable either.

Continuing with the numerical example, suppose that advanced psychological screenings can reduce the risk of the pilot intentionally crashing the plane from 10 percent, down to 5 percent. Which could be done, simply by not allowing to fly those deemed a psychological risk. Yet, some are still bound to slip past the screenings, because these are imperfect measures.

With one pilot, then there’s now the 5 percent chance (p = 0.05) of the plane crashing on average. However, this is a greater risk than would’ve occurred without the psychological screenings and simply having two pilots. That is 5 percent (p = 0.05) is greater than 1 percent (p = 0.01).

Granted having two pilots who both undergo the psychological screenings is even better, then with only a 0.25 percent chance (p = 0.05 × 0.05 = 0.0025) of the plane crashing. This is purely academic though if the rogue pilot is still capable of locking the pilot who is sound of mind out of the cockpit.

Fortunately all of this has not been lost on airlines. Which in response, have started to put in place risk management measures that two people must be present in the cockpit at all times. This was already a safety practice of some airlines. Australian airlines will implement this measure on all domestic and international flights carrying more than 50 passengers, which comes into effect on 31 March 2015.

There are practical considerations though, beyond the simplified numerical examples and rhetoric. Namely that the two pilots actions are independent of one another when it comes to ill intentions. Or that the good person can successfully maintain control of the plane in the event of a hijacking by a co-worker. It could be that it might be worth having one pilot and two co-pilots, or a guard in the cockpit at all times. Or that that the cockpit door could be secretly opened from the outside by a select few staff members. That is not to discount the call for increased psychological screenings. Anything which would improve the safety of flights on airlines is welcome.

The question is though, which are the most practical and have the greatest capacity to reduce risk in the real world?