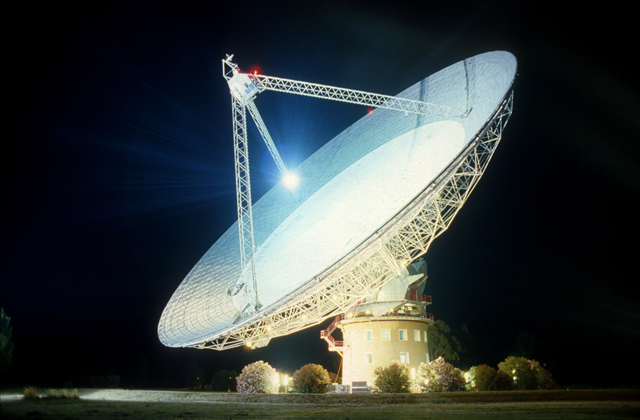 Breakthrough Listen to Scan the Skies for Intelligent Alien Life

The search for extraterrestrial life is to be dialled up several notches with Breakthrough Initiatives launching the Breakthrough Listen project. Set to span 10 years, the project will make use of the radio telescopes at both the Robert C. Byrd Green Bank Telescope in West Virginia, USA, and the Parkes Observatory in New South Wales, Australia.

Combined with help from the SETI@home project which makes use of the internet-connected computing power of participants’ devices to analyse the radio telescope data in the Search for Extraterrestrial Intelligence (SETI).

The Breakthrough Listen project has been described at the biggest scientific research project yet in the search for intelligent life in the cosmos, and should cover as much as 10 times the area of sky as past projects, plus covering five times the radio spectrum, with 100 times faster processing of potential signals.

It has also got a significant boost in funding with Russian billionaire and Silicon Valley and internet entrepreneur, Yuri Milner, contributing US$100 million to the Breakthrough Listen project.

Then there’s the endorsement from Professor Stephen Hawking, who, speaking at the London launch of the project said:

“We believe that life arose spontaneously on Earth, so in an infinite universe, there must be other occurrences of life.

“Somewhere in the cosmos, perhaps, intelligence may be watching these lights of ours, aware of what they mean.

“Or do our lights wander a lifeless cosmos?”

The prospect of an infinite universe, which is also believed to be expanding, at least gives rise to the possibility, however remote the probability, that life exists beyond the Earth, somewhere out there in the universe.

Although that may raise additional questions about what the universe is expanding into, along with notions of exactly what type of infinity is being referred to?

And while that may keep physicists and mathematicians preoccupied, such as them hypothetically discussing the merits of the Drake Equation in one of the many rooms of Hilbert’s Hotel, the approach taken by Breakthrough Listen is somewhat more pragmatic.

“If a civilisation based around one of the 1,000 nearest stars is transmitting to us with the power of a common aircraft radar, the Breakthrough Listen telescopes can detect it.

“If they are transmitting from the centre of the Milky Way, with any more than a dozen times the output of the interplanetary radars we use to probe our own Solar System, Breakthrough Listen telescopes could detect them.”

As Professor Fred Watson explains it, the key is to detect signals which are not coming from natural sources (such as cosmic radiation).

“What you’re doing is you’re trying to use the telescope in such a way that it will search for signals that have got no known naturally occurring counterpart.”

In effect, signals not of a natural origin, may well imply intelligent extraterrestrial life has sent such signals, possibly as a form of communication.

Professor Matthew Bailes, who’s to be the lead investigator at the Parkes Telescope for the Breakthrough Listen project, puts it as follows:

“Radio waves are a very efficient way of transmitting information and it’s likely that aliens, if they’re into interstellar communication at all, would be using the radio part of the spectrum.”

That does not mean, however, that even if signals are detected, the people of Earth should expect UFOs to necessarily start landing here anytime soon.

As radio waves are a form of light, the radio transmission could well have been sent millions of light-years ago by intelligent extraterrestrials whose civilisations no longer exist.

The nearest galaxy to the Milky Way is the Canis Major Dwarf Galaxy, and a radio transmission from it would take around 25,000 years to reach Earth.

For an example a bit closer to home, consider that a radio transmission, travelling at the speed of light, coming from Mars would still take about 20 minutes to be received on Earth.

Plus there’s also the question of who, or what, may be receiving the radio waves sent from Earth.

See Lightyear.FM for examples of how far music from Earth played on the radio has travelled into outer space.

If humans can’t necessarily agree on what constitutes good music, what might any aliens listening think?

Yuri Milner, the financial backer behind Breakthrough Listen also has plans to launch Breakthrough Message, which similarly aims to communicate with alien life, to discover if any intelligent extraterrestrials are also listening.

Though at present, Breakthrough Message states it has no plans to send messages.

Having long considered what may be out there in the night sky, cosmologist Professor Paul Davies wonders what happens should signals be detected by Breakthrough Listen:

“Should we respond? Who gets to speak for us? What do we do next?

“There are no easy answers to these but if we’re going to engage in a dialogue with an alien civilisation this is something that needs the consideration of everybody on the planet.”

Perhaps the greatest aspect of the project overall, though huge in scope, is that it has the scientific community on board combined with significant funding for the research.

In the meantime, there are the ethics of the potential risks and rewards of communicating with alien civilisations. Which at least can be pondered over with a uthinki question: