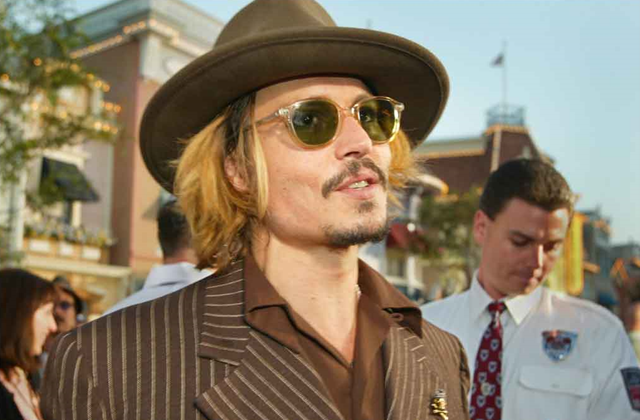 News of the impending doom for Johnny Depp’s dogs, Pistol and Boo, travelled like wildfire, with little room to invoke the right of parlay.

The Hollwood movie star, currently in Queensland, Australia, filming the fifth instalment in the Pirates of the Caribbean franchise Dead Men Tell No Tales, brought his two dogs, Pistol and Boo, with him. This occurred illegally, as they were flown in by private jet, ignoring and circumventing Australia’s quarantine laws, as the dogs were not declared to Customs.

Had the dogs been declared to Customs, the whole thing would’ve largely been a non-issue.

As it turns out, this is not the first quarantine issue related to filming the movie, with Jack the Monkey from the series also subjected to 30 days in quarantine in accordance with Australia’s biosecurity laws.

That Depp’s dogs potentially faced being euthanased, sent both social media and politicians into a flurry of words worthy of unleashing the kraken itself.

“Obviously my preference is not to destroy these two dogs.”

Although, that was amidst his other pearl of wisdom:

“You could have stateless dogs.”

Because dogs understand nation states. And being Barnaby Joyce, it’s simply indeterminable whether he was being serious or surreal.

It did, however, possibly give Hollywood a great ‘original’ idea for a movie:

Trapped in an airport without a nation to return to, Depp’s dogs Pistol and Boo pass their time sniffing out problems…

Part buddy cop movie. Part dramedy. Part allegory on giving pause to quarantine laws. It could be a bigger movie release than even Mortdecai. (But not Rigby.)

Johnny Depp is unsurprisingly tipped to play a kooky character. Maybe even himself.

On a more serious note, Johnny Depp did obviously and blatantly disregard the quarantine and Customs laws of Australia related to its biosecurity, by simply not declaring that he was bringing dogs into the country. That he’s a rich and famous movie star should not make a difference if the rules are to apply to all.

His dogs, however, were quite innocent regarding the whole matter.

With the threat looming to put them down, an online petition was mustered to save Depp’s dogs. It has rapidly attracted over 18,000 signatures.

The good news, is that Pistol and Boo are to be flown back to the United States of America. On a private jet no less.

Depp’s dogs are free to return to Australia should proper quarantine procedures be followed.

Beyond the notoriety and media attention of Depp’s dogs, what has largely gone unsaid, is that where animals are smuggled illegally into Australia and other countries, the practice is typically to euthanase the animals.

Animals smuggled in the illegal wildlife trade similarly are not willing participants, but unlike the two terriers Pistol and Boo, don’t benefit from public outrage and private jets to return them safely home.

So perhaps some of that goodwill and online petitioning should be directed towards placing smuggled wildlife discovered by Customs into quarantine, and then into zoos or releasing the wildlife back into the wilds of their native countries, instead of destroying the animals?

In the meantime, here’s the uthinki question: