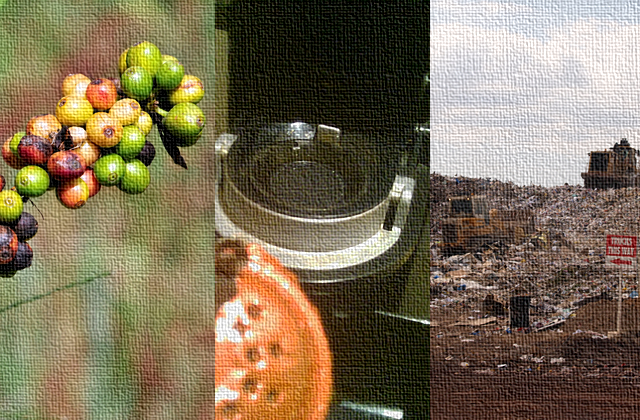 Coffee Pods from A to K-Cup

Coffee, is argued at times as being the beverage of the civilised world. A cup of coffee may be anything from the provider of caffeine to make the morning more bearable for some, to an excuse for talking to someone for others. With coffee has come its aficionadas. Someone making coffee is a barista, thank you very much.

It’s not just the beverage of choice in cafés though. The coffee pod has more than gone mainstream and enjoys massive success both financially and in terms of market share in defining how people prepare their coffee.

Interestingly though, John Sylvan, inventor of the American coffee pods (called K-Cups and sold by Keurig) now has his regrets about his creation. The cost of them and their cost to the environment are his major concerns, especially the latter.

Back in the earlier part of the 1990s, John Sylvan’s drinking of 30 to 40 cups of coffee per day, although not quite giving Balzac’s purported coffee consumption a run for its money, did manage to give John caffeine poisoning.

Making it maybe a bit like the debate about bottled versus tap water. The former is more expensive, includes the environmental impacts of transportation and freight, and also comes in plastic bottles. Whilst some bottles get recycled, others invariably end up in landfill and as rubbish lying around.

Despite this, the environmental argument perhaps is not compelling enough to alter consumers’ behaviour and how they want to drink their water.

So to with the coffee pods.

Don’t Tell Me How Good My Coffee Is

Specialty coffee in single servings seems largely to answer why coffee pods are so popular in two words:

The ability and advantage of coffee pods to genuinely offer consumers choice.

One person can readily enjoy their double dark-roasted single origin 100 percent Arabica beans espresso. Another their Orange Mocha Frappuccino. The difference is only a pod away. Plus a minute or two preparation time.

Whatever one’s tastes, there’s probably a pod for it.

(Apparently except for kopi luwak, otherwise known as civet coffee. The production of which, is not without its controversy. If someone finds an ethically and sustainably produced coffee pod for this, let others know in the comments below. If civets aren’t your thing, then supersize to Black Ivory Coffee. Elephants will get you there, with a price tag to match the pass through. And this coffee cup should be about large enough to hold it.)

So it would seem that it’s the aroma and taste of a more personalised, café-quality coffee on hand whenever it’s wanted can explain most things.

That the individual pods keep the coffee blend fresher and prevent oxidisation is often suggested as another factor. Because the flavour of coffee begins to dissipate upon exposure to oxygen. Apart from being vacuum-sealed, coffee pods are often also filled with nitrogen to further prevent this before usage.

All of these, however, do not fully account for the popularity of the coffee pod.

Coffee bags (think teabags, but with ground coffee beans in them instead of tea leaves) have tried, and failed. They have appeared at times over the years, but have managed little more other than to fade into obscurity. Whilst the market for instant coffee remains.

A case could be made for the temperature of the water used. Possibly the boiling water used with coffee bags is simply too hot and burns or spoils the taste? Perhaps some of the baristas reading could offer an insight into this.

Maybe, beyond the marketing (but related to it), it’s the attraction of the technology itself. Something which, in Antifragile, Nassim Nicholas Taleb called:

“Neomania, the love of the modern for its own sake.”

The coffee pod is new and modern, at least compared to something as low-tech as pouring boiling water on ground up coffee beans, or tea leaves.

Some may not understand the appeal of tea, or black coffee blends. The act of “drinking dirty water” often forms part of their description. Yet on that basis, almost every drink is dirty water; made of clean water plus additives.

Add to that coffee pods are no longer just about coffee, pods are also available for a variety of other beverages including teas and hot chocolates.

So a shiny new machine which can make all types of hot drinks holds a certain appeal.

The workplace could also be a big factor for coffee pods’ popularity for reasons cited. Fresh, personalised coffee may be preferable to the bottomless pot of communal coffee which has been brewing away for so long it’s considered primordial soup (but not in a paleo diet way).

Reusing Something from Before

Back to recycling the point from above, the environmental concerns about coffee pods are not unfounded. They’re often not made from recyclable plastics; and where they are, it may then require the dismantling of the coffee pod into its parts for the individual pieces to be recycled. All of which tends to suggest it’s simply too much effort for the average and unconcerned person to bother with.

Keurig is not the only company out there selling coffee pods. Or coffee capsules as they may otherwise be called. Others include Nespresso and Map Italian Coffee. Literally billions of coffee pods are being sold annually, raising concerns (a bit like the Styrofoam hamburger containers and cups of yesteryear which McDonald’s once used) about what the used coffee pods are doing to the Earth.

Given embodied energy and entropy, all of the various frictions suggest that a reduction in packaging is preferable to recycling some of the excess packaging. And of that which doesn’t get recycled, a bag which held the ground coffee beans typically takes up a lot less landfill than does the spent coffee pods for the same number of cups of coffee drank.

What is curious about this, and one of John Sylvan’s recent environmental talking points, is that despite coffee pods reasonably catering for individual niches where a whole pot of specific gourmet coffee may be too much, Keurig’s newer product the Keurig 2.0 now aims at doing exactly this. With pods large enough to make a pot of coffee.

There are people who are finding ways to repack and reuse their coffee pods however.

Beyond all of this, it should be noted that The Rogers Family Company makes a coffee pod which is both biodegradable and compatible with the Keurig coffee machines.

Rise of the Appliances

Not exactly like the above video may imply, but having one beverage machine to rule them all instead of several machines, may work in the favour of the coffee pod machines compared to what may be required of the kettles, dripolators, stoves, microwaves and fridges. Although most kitchens tend to contain these as fairly standard appliances; and they have other uses obviously. So the coffee pods alone are not the only environmental consideration.

Has the world reached peak coffee pod production in its present form? Will the coffee bag pick itself up off the ground and try once again for acceptance? And will the mystery of why an iced coffee tastes so much better than a coffee which has gone cold ever truly be answered?