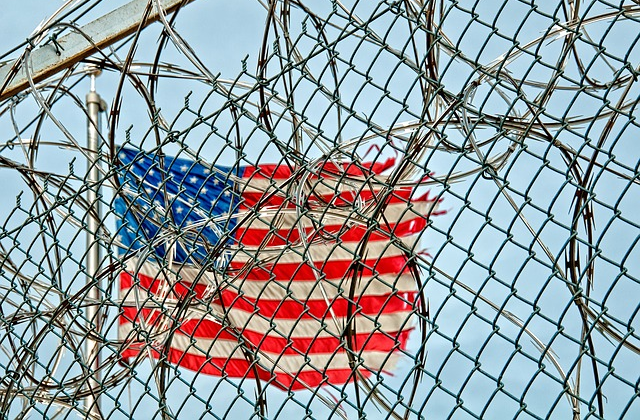 Until recently there was an easy way to suspend a Facebook account. The catch was, to do so required being in a US prison.

Even that has now changed, the ease of suspending a Facebook account for incarcerated Americans that is. Going to prison is still basically the same, and perhaps easier to get into than it is to get out of Facebook.

Official members of law enforcement agencies may submit a direct request to Facebook via the Report An Inmate’s Account form submission webpage to restrict or control access.

This has reportedly been in place since 2011.

Until now that is.

Two, by breaching Facebook’s Community Standards, with Facebook treating criminal activity and harassment in the same manner across all of the user profiles.

This stricter stance, with more provisions for maintaining a user’s profile, is more consistent to all Facebook users. Contrasting with the previously claimed no questions asked policy for prison inmates.

Facebook does provide some transparency pertaining to requests the made by governments. Such as through its Government Requests Report. Data with respect to the USA and its law enforcement requests for data from Facebook, while viewable, perhaps understandably, does not specifically disclose by category the requests pertaining to prison inmates and suspension of their accounts.

Within America, the various individual states may still impose their punishments relating to the usage of Facebook and other forms of social media by prisoners. Which may include solitary confinement of a prisoner for using social media, whether via proxy (a third party) or personally via the smuggling of contraband devices such as smartphones into prison.

In the United States of America, Alabama prohibits accounts being operated by third parties; whereas Louisiana simply prohibits prisoners maintaining social media accounts at all. While in South Carolina, use of Facebook in prison is treated as a crime comparable to the murder or rape of an inmate, with up to one year of incarceration in solitary confinement per day of Facebook account usage.

However, in saying all of this, to what extent is the line between prison as punishment (and perhaps reform and rehabilitation) being blurred with notions of prison as alternative housing?

In August 2013, Facebook CEO Mark Zuckerberg said: “I believe connectivity is a human right, and that if we work together we can make it a reality.”

Is it a basic human right, so much so, that prisoners should have access to social media?

In the sense that social media is new, relatively speaking, it seems to fly in the face of the incarcerated – and also the free – surviving without social media. As was done in the past, and is still done today.

Although because one subset of the population has gained access to a basic human right, such as the right to vote, is not to suggest that existence in the before times were necessarily for the better. So some may argue that restricting access to social media is a step backwards. Somewhat similar to restricting the ability of someone to vote.

There is also the aspect that Facebook is more concerned, ultimately, about its data and user retention regarding inmates’ accounts. And its claims of it not being Facebook’s place to censor, is fundamentally subject to the interpretation and acceptance of its Terms.

Digital rights, and the management thereof, is a new and evolving issue. So much so that it’s also referred to as digital restrictions management by some.

That a government could effectively erase the online details of a prisoner’s life may be prone to abuses and troubling. Yet to what extent is a corporation, such as Facebook, any more trustworthy than the government regarding this matter?

Presumably a prisoner’s Facebook and other social media accounts could simply be left inactive whilst incarcerated. New accounts could legitimately be created by other people, related to their views and correspondence with the prisoners, subject to the bounds of the law.

What do you think about the matter? Have your say in the comments, and answer the uthinki question below to also learn the views of others: