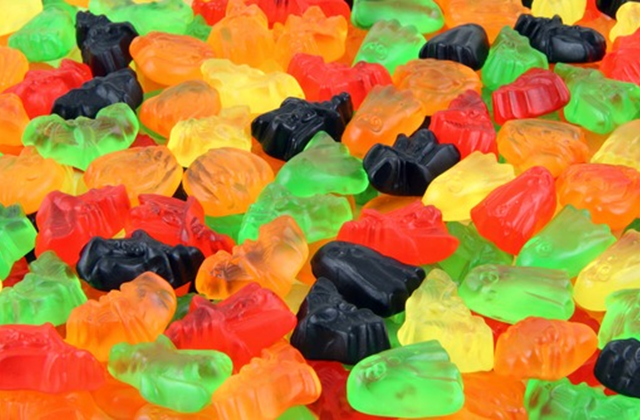 Ever wanted to be like Willy Wonka, but less disturbing and not exploit the Oompa Loompas?

That’s not the easiest wish to grant. And a golden ticket probably isn’t going to help either.

However, German candy company Katjes may be offering the next best thing:

So back to the fantastical printed stories of Roald Dahl then?

It’s very much reality, and all the printing actually occurs in 3D in the Magic Candy Factory.

The Magic Candy Factory is a fully functioning 3D printer for gum candy, and is said to be the first-ever 3D food printer available to the public.

Consumers rejoice for lollies have discovered the hypothetical z-axis or third dimension.

Was it mentioned that the Magic Candy Factory 3D prints in gummy?

At last it’s possible for Gummi artisans, who work exclusively in the medium of Gummi, to make more gummy creations. Suddenly the precious Gummi Venus de Milo may not be the rarest Gummi of them all. Even if some of the sweet candy has already been made by artist Katy Hargrove.

The gum candy 3D printer has an iPad interface and currently includes 10 flavours, seven colours, and prints 10 shapes including an octopus. More flavours, colours, and designs are expected to be released in the future.

It takes about five minutes to 3D print a 10 gram gummy lolly.

At a cost of €5 to make a single gummy candy, the sweet treats may not exactly be that cheap. But in for a penny, in for a pound. Or euro. Especially with new technology.

The Magic Candy Factory 3D printer is currently on display and available for use in the Katjes Café Grün-Ohr in Berlin, Germany. It’ll be there over the course of eight weeks for beta testing purposes.

In the café, the Magic Candy Factory looks like it’s in a sort of great glass elevator. Which is still somehow less confusing than the green gummy bears that are strawberry flavoured. It’s not the only candy conundrum, there’s one in need of an answer below: