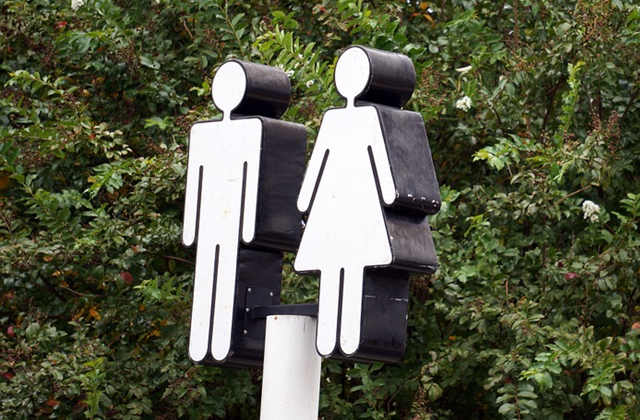 Should the Word “Guys” be Removed from Language in the Workplace?

“Hey guys,” David Morrison, the 2016 Australian of the Year and retired Army Lieutenant General, wants to do away with that phrase, and others, in the workplace.

“DCA’s new campaign is not about being ‘politically correct’ – it is about encouraging people to use language at work which is respectful, accurate, and relevant to everyone.”

The WordsAtWork campaign aims at building inclusion, acknowledging that language can be a powerful tool for this.

The effect of language and words used ranges from validated and replicated psychological research to well-meaning (but often questionable) pop-psychology anecdotes. Where the latter may be taken as supposed proof of what is someone’s personal opinion, all too frequently when confirmation bias is also in play.

Whether the phrase “hey guys” or even “guys” is exclusionary or non-inclusive in informal language is open to question.

To that extent, how is the phrase “guys” used to refer to groups in today’s culture?

Professor Catherine Travis, a languages and linguistics expert at the Australian National University (ANU) said that whilst she supported ridding the workplace of stigmatised words, removing “guys” was trivial and the phrase as commonly used and accepted today includes all genders.

Of course language can be spun and spin doctored.

Consider that in war and military operations, civilian deaths became referred to as “collateral damage” since it sounded so much nicer. And generally less murderous.

Or a more modern take on going into debt by borrowing against the value of a home is today referred to as “withdrawing equity” instead of re-mortgaging the home.

Where David Morrison is claiming that WordsAtWork is not about being language police or being politically correct, there does appear to be an element of just that.

Given language tends to evolve in a more mimetic fashion in society and culture (and amongst subsets within these), an apparent decree from up on high of what not to say may be less effective than the organic use of language. In essence, the WordsAtWork is attempting to be a cultural reference point, thus acting as an influencer, or a schema for others to follow.

However, language exceeds mere communication, and includes nuance often shaped by the combination of situation, intention and interpretation. It’s not always black or white, nor is it necessarily shades of grey alone, because it’s a many coloured thing.

One person’s cultural reference point or language usage, quite simply may not be the same as another’s.

By its very nature, language can be non-inclusive because not everyone is the same.

Not that any of this is passing judgement on language, which may be amoral in and of itself, even if the usage of it is not necessarily devoid of loaded terms and with immoral ramifications at times.

Yet take the word “gay” for example, also mentioned in the WordsAtWork campaign video.

Broadly speaking, the word gay has historically taken three main meanings: happy or joyful; an expression towards something that is considered lame or uncool; a reference to homosexuality and sexual orientation.

Today, the first and second meanings (or interpretations) of the word are largely defunct and generally not used, depending on a person’s age. Whereas the third meaning has evolved again, with “gay” nowadays typically used more specifically to refer to homosexual males; with “lesbian” now arguably the preferred term for homosexual females.

It’s also worth mentioning that the first, and even second, meaning of the word “gay” can, did, and do exist independent, and devoid, of the third meaning. Although it’s easy to see the conflation of being uncool based on sexual orientation, where people are unfamiliar with, and misunderstand, how the word may be used.

Therefore a person’s use of the word “gay” is going to be predominantly related to their demographics, particularly their age, as well as the context it’s used in.

Thus claims about the use of language in the workplace, while not without merit because words do carry stigmas and negative connotations, may have its own problems with WordsAtWork communicating its intended message.

Whether small things like the words used in the workplace truly lead to bigger and better things in society, or it’s championing a feel-good cause as a distraction instead of addressing more real societal issues of genuine discrimination can be debated.

Whilst there’s talk of potential discrimination against women through use of the word “guys” to refer to groups of people, there could be other unintended consequences of it:

And the musical Guys and Dolls being renamed as Guys and Guys or maybe simply as Guys.

It seems pointless to proceed with more (probably facetious) examples, because it could be, that people can interpret context and decide largely for themselves what is appropriate.

As well as differentiate between formal specifics and informal colloquial language.

Most would agree there’s a clear demarcation between “ladies and gentlemen” and “hey guys” and other such phrases when addressing groups of people.

Is saying “hey peeps” really preferable to “hey guys” because there’s no apparent reference to gender?

More to the point, preferences are likely decided predominantly by the context of the situations at hand, and are less about being non-inclusive, or, the more semantically decisive “exclusive” in general.

Granted people are influenced by cultural norms and by those around them, and language can be inappropriate, but how effective can a campaign be at shaping language usage in modern, open society?

If the phrase “guys” is used in everyday language, doesn’t that make it relevant, and isn’t any attempt to stop it being used in the workplace actually non-inclusive itself?

Does it really matter either way?

What do you think, answer the question and have your say below: