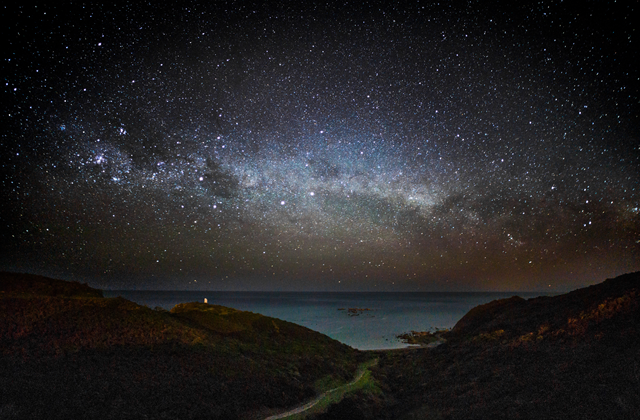 Aliens are expected to exceed 300kg (661lb). Or so the recent paper by Fergus Simpson calculates.

His contention, is based on two main things:

Mathematical modelling of what is likely to be the radius of an inhabitable planet. Suggesting these are likely to be closer in size to Mars than to Earth.

In addition to noting trophic levels and that the population density for a species is negatively correlated with the size of the organism. Meaning that because of the requirement of food sufficient to sustain them, there are likely to be a greater amount of smaller animals (such as ants) inhabiting an area than there are to be numbers of larger animals (such as whales).

Leading to Simpson’s conclusion that intelligent alien species (if they exist) are expected to be 300kg or more in mass.

Which given the calculations, places humans on the smaller end of the scale. Weighing in around at about a quarter of the intelligent aliens’ projected mass on average.

Far from conclusive, it’s more a bit of speculative and calculative fun.

Somewhat reminiscent of the Drake equation as to their being on the balance of probabilities, other intelligent and communicating lifeforms out there in the Milky Way galaxy beyond Earth.

Simpson’s calculations are similarly suggesting that on the balance of probabilities, relative to large planets there are likely to be more small planets out there in the universe. Of which Earth is one. In addition to the fact that organisms and their respective sizes are not independent of their environment. With Earth as a relatively small planet, it’s likely to also have relatively small organisms, in comparison to the fewer larger planets. Placing the average intelligent alien somewhere around the expected 300kg.

There are numerous other factors though which the paper does not take into account. It is of course, only doing an average calculation. A point estimate, which is going to have considerable variability around it. Which would be affected by environmental, including planetary, factors.

For example, Duncan Forgan, of the University of St Andrews, reckons the size calculation is reasonable. He also notes the paper “doesn’t address the correlation between body mass and the planet’s surface gravity”.

All of other things being equal, a larger planet will have a larger gravitational pull, whereas a smaller planet will have a smaller gravitational pull. Making them more suited to smaller and larger animals respectively. Not leaving all other things equal, and beginning to account for the density of the planets makes the simple calculations more complicated and adds to the variability.

Complexity theory would also suggest that the more complex a species is relative to its environment, the less potential offspring it’s likely to have. Or needs to have for species survival.

For example, compare an elephant typically having one baby at a time to a queen ant laying up to thousands of eggs per day. Suggesting that as an animal species’ intelligence rises, its ability to manipulate the environment around it to ensure the survival of its offspring means it will do just that. As opposed to having many offspring in the hope of some of them surviving within the environment.

This is all talking generalities, however, including embodied energy and trophic levels calculations. Presumably intelligent extraterrestrials would have mastered agricultural techniques; but maybe not, because this may be a rather human assumption.

The environment can shape species in other ways as well. Whether hot or cold, near the equator or the poles, terrestrial or aquatic, these and many others can all influence a species. Accounts range from things such as Bergmann’s rule and Allen’s rule; and would the aliens be endotherms or ectotherms? Breaking through the jargon would suggest that an alien which resembled a small but long and thin snake would be unlikely to be found on a cold, icy planet. Assumption driven though such a claim may be.

There’s also the crude, but starting yardstick of the size of the brain relative to the body size for species. A refinement on this is the Encephalisation Quotient (EQ). In general, across species there’s a positive relationship between intelligence and having a bigger brain relative to the body. It is prone to outliers though. A blue whale would appear relatively unintelligent by this measure. Additionally regarding EQ, environmental factors may play a role, along with the species’ scientific classification on the phylogenetic tree, such as arthropods versus mammals. The complexity of a species’ society also tends to be positively related to its EQ, suggesting a relatively larger brain is required to keep track of more relationships. At least on Earth that is.

The structure of the brains, such as the existence of the cerebral cortex, plays a role in intelligence as well.

EQ is also woefully inaccurate for determining intelligence within species. Suggesting the size of a human’s brain determines their intelligence belongs in the past with pseudoscience the likes of physiognomy and phrenology.

A researcher at the Search for extraterrestrial intelligence (SETI), Seth Shostak commented on Simpson’s paper. Shostak’s previous work similarly suggested extraterrestrials may be large in size, relatively speaking. Based on the concept that larger animals tend to live longer, which may be a precursor to developing the intelligence and technology required to communicate with humans on Earth. Yet, as Shoshak notes of both his and Simpson’s work:

“It’s interesting, but there’s really no concrete data to work with.”

Which is a problem.

Even though this is picking an example to demonstrate a point, without the relevant data, weighing up aliens is fun but prone to a lot of assumptions.

Something not lost on Shoshak regarding such papers which assume Earth is a typical planet, and what is found here will also apply on other planets.

The scientist also notes humans aren’t the largest species on Earth, even if we are the most intelligent. Shoshak also attributes opposable thumbs and walking on two legs as helping, evolutionarily speaking, to make humans intelligent.

Curiously though, not even those latter two points may be a valid argument when it comes to aliens. As they’re falling into anthropic principle-like territory and assuming intelligent aliens should also be humanoid.

On Earth, walking upright may have helped with hunting, including respiration and running, along with the line of sight and through the use of tools (aided by opposable thumbs). Such that our human ancestors were able to thrive and evolve to sufficiently feed the addition energy requirements of a larger brain.

However, consider for a moment a planet with human-level equivalent intelligent aliens. On this particular planet, they are aquatic creatures and have tentacles instead of fingers and thumbs. If these aliens extrapolated similar logic regarding their existence to the search for other potential intelligent lifeforms in the universe, then they’d likely want to initially talk to the octopuses if they discovered Earth.

As for 300kg aliens, keep watching the skies. Or the cinema screens. At least some of the aliens there are humanoid, big and blue. What’s beyond, in the green not-so-celestial button below may be a question that’s easier to answer…