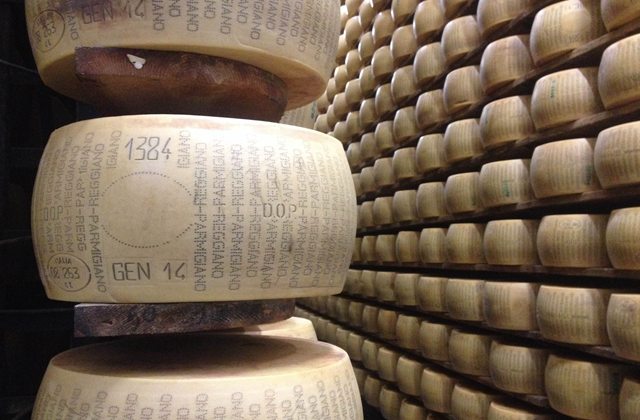 The Cheese Wheel returns! In its time away, it has matured. Hardened. And now has even more bite. Or it has gone crumbly, is a bit on the nose, and probably should simply be thrown away…

Yet as any good barrel searching resident of Tamriel will tell you, in the early stages of the game, survival is the key.

Launching back on the ominous date of 11.11.11, The Elder Scrolls V Skyrim still to this day has an active community of modders. Plus Bethesda recently lifted the cap on the size limits of mods. Time to break out the skooma in celebration, or maybe something a little less addictive.

Now, once you’ve survived the initial game stuff, absorbed the souls of a few dragons, and not taken an arrow to the knee, you can remain an adventurer and start to do more interesting things. Things like acting out a Gloucestershire cheese wheel chasing in an even more (virtually) extreme manner:

Turn away, if you can, from chasing cheese wheels for the moment. Think of the larger lands of Skyrim. From the Rift to beyond the Pale, many an hour has been spent by gamers traversing the lands (because there are at least 133 reasons to not fast travel; and it’s simply not hardcore). Sure the game, like any TES game, has at times had its bugs. From dragons flying backwards. To mammoths falling from the sky.

Or that the Dragonborn expansion seemed to introduce more clipping issues than Jareto Leto’s most recent haircut. Which may make it easier to dye green for his upcoming role as the Joker in Suicide Squad. (Because no-one talks about Fight Club too much or reprising his character from it.) Whether he’s now more manly sans the saviour look is open to debate. As is a bleach-blonde Kim Kardashian.

Genderless Daedric Princes begin to whisper… Whether Mephala is behind the rumours is unknown. Hermaeus Mora isn’t offering up any knowledge on the matter. And Nocturnal keeps her secrets.

Enough lore for now though maybe, as people begin to anticipate another reading of the Elders Scrolls. Rumours begin to swirl like a Moth Priest circling the flame of The Elder Scrolls VI. Argonia has been suggested as both name and location. Nothing is yet confirmed. Forums chant like monks, but perhaps not with Voice enough of those upon High Hrothgar. Suggestions are made all the same.

Could the lands of the Black Marsh have reptiles the likes of which make dragons look like mere skinks?

Or will the warm sands of Elsweyr greet gamers instead like a Khajiit may drink milk?

Did someone call someone else a “milk drinker”? No self-respecting Nord would let that go unchallenged…

The lands of Skyrim gave us Eidar cheese wedges and goat cheese wheels. A chance to cook Elsweyr fondue. And the temptation of stealing mammoth cheese bowls from the giants. Strange the game’s fascination with cheese.

And then there was that butterfly in a jar which was just plain weirder still.

Back to the cheese and what type Skyrim may be. One as hardy, fierce and proud as the Nords themselves (turned into cheese)? Some other type of legendary cheese? Or something the likes of which is enough to send even Sheogorath insane as he calls cheese…