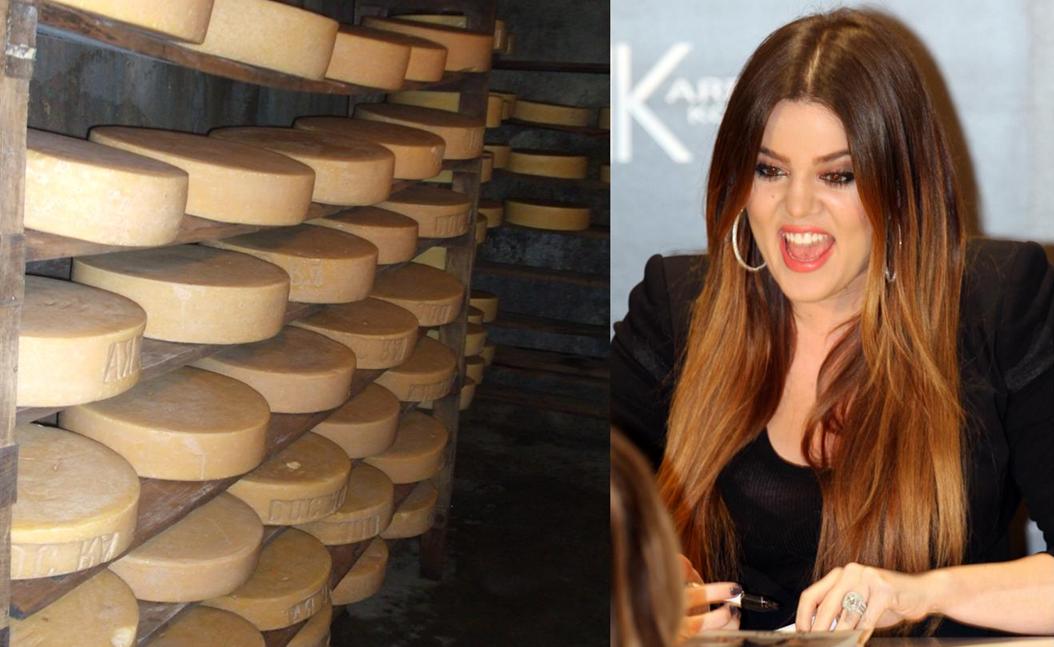 Khloe Kardashian on The Cheese Wheel

Figuring it was probably best to give Kim Kardashian a break for awhile, because she has got bigger problems at the moment – like looking fashionable in maternity wear – it’s time to turn to one of her other sisters.  This admittedly does have a Cinderella-like quality to it.  Because compared to Kim, the others don’t seem to quite stack up the same.

This time around, it’s Khloe Kardashian who has been placed on The Cheese Wheel.

There’s simply the fact that Khloe Kardashian is a Kardashian.  Kind of a no-brainer that one!  There was some consideration about putting the entire Kardashian family on here this time around, but it’s a cheese wheel and not a cheese platter.

Yes, Khloe is known by many other references.  Here, keeping things a bit polite, she can just be referred to as the “husky Kardashian”.

Then, there are the allegations of missing monies surrounding Khloe’s husband Lamar Odom and the charity Cathy’s Kids.

Lastly, there was some thought whether with Khloe on it, this time it should have been called The Kheese Wheel instead.  However, changing the letter C to the letter K never worked too well for Krusty the Klown.  So just vaguely think about those products and the Kardashian ones, and leave it at that.

That’s more than a trifecta of reasons why Khloe Kardashian is on The Cheese Wheel.

All that’s left to do is deciding what type of cheese she really is.