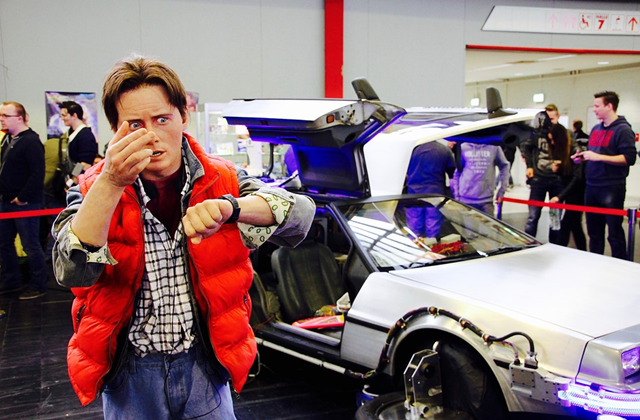 Back to the Future 2016 Nike MAG Shoes Lottery

Self-lacing sneakers like those worn by Marty McFly in Back to the Future Part II are finally available in larger, but still limited edition quantities.

The future is now, and not just because Biff Tannen was based on Donald Trump.

Back to the shoes, and these shoes are called the 2016 Nike MAGs.

The MAGs are said to include Adaptive Fit technology which senses the wearer and tightens or loosens the laces accordingly.

Meaning you don’t even have to use your hands.

Because that’s apparently primitive in the future.

The catch is though, to get your hands on (and feet in) these shoes with self-tying shoelaces, involves a game of chance.

Only 89 pairs of the sneakers will be available, and there are all to be won in a lottery.

Unfortunately, the winning ticket numbers aren’t listed in a future version of Grays Sports Almanac as far as anyone knows.

The next best alternative, is to buy at least one of the tickets for US$10 each to enter the draw to win a pair of the 2016 Nike MAGs.

All proceeds from the ticket sales will go to the Michael J. Fox Foundation to help find a cure for Parkinson’s Disease.