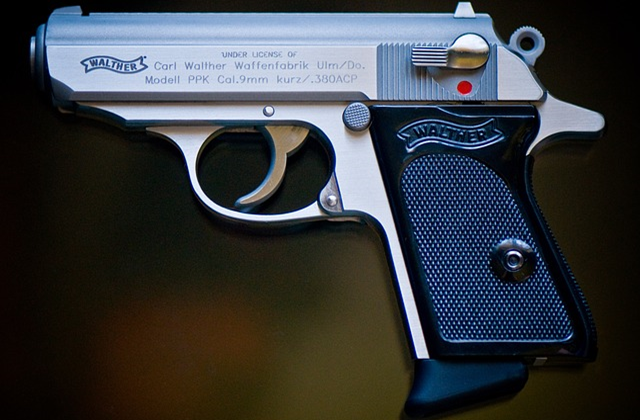 Pierce Brosnan, the 62-year-old actor and former James Bond, has recently shared some intelligence on the world’s most famous secret agent.

Brosnan’s tenure as Agent 007 spanned from the somewhat grounded reboot of the franchise with GoldenEye (1995), the first Bond film to not rely on the works of author Ian Fleming, to the fourth and arguably more out there and Roger Moore-like interpretation with Die Another Day (2002).

While Pierce Brosnan is keen to see Idris Elba filling James Bond’s shoes (and tailored suit) next, he believes Daniel Craig will be in the role for some time yet. With the twenty-fourth Bond film, SPECTRE (2015) due around late October.

In an interview with DETAILS, Pierce Brosnan was asked if he could picture a gay 007, replying:

“Sure. Why not? Actually, I don’t know how it would work. I don’t think Barbara would allow a gay Bond to happen in her lifetime. But it would certainly make for interesting viewing.”

The “Barbara” mentioned is none other than James Bond producer Barbara Broccoli, who has been involved with the film series since 1977, and as a full producer on every Bond film since 1995. She’s also the daughter of Albert R. “Cubby” Broccoli, who also produced the Bond films. In short, she’s no stranger to the James Bond super spy character and the Bond film franchise.

As such, as a producer she’s likely to have a very clear view of who James Bond is as a character, and maintaining writer Ian Fleming’s vision of James Bond, Agent 007.

While Daniel Craig’s version of James Bond (where Barbara Broccoli has also been the films’ producer) has toyed and flirted with Mr Bond’s sexuality, particularly in Skyfall (2012), he’s still the same traditionally-heterosexual character he has always been.

Although who’s to say that naked chair scene from Casino Royale (2006) wasn’t purely torture, and more about the latent homoerotic overtones between Bond and Le Chiffre?

Regardless, with over 50 years of James Bond franchise history, and even given the very loose continuity, to suddenly decide to turn the James Bond character gay would likely be viewed as unnecessary trend-hopping and a drastically pointless alteration of the classic character.

It’d also be quite hard to explain, and probably the butt of much Bond-esque humour. Even something about James Bond trying an alternative gun like the Walther PP is at best a terrible one-liner.

Then there’s that obvious closeted question: So James Bond has been pretending for all these years, really, after all those Bond girls? So very, very many Bond girls… Although some may argue it could explain James Bond’s apparent misogyny, if he is guilty of it.

It may also be viewed as marginalising and trivialising those who are gay. As though James Bond can just somehow “turn gay” instead of having been born that way. Irrespective of what a gadget from Q may imply, as Brosnan himself said: “Actually, I don’t know how it would work.”

Furthermore it could simply be considered poor storytelling. If people want the adventures of a gay secret agent, then create a new story franchise specifically for this purpose. Instead of lazily attempting to retcon the James Bond character. There is only one Bond.

Pierce Brosnan’s answer about a gay James Bond was probably diplomatic, but you can answer the uthinki question below however you like. Shaken, stirred, or on a top with a twist.