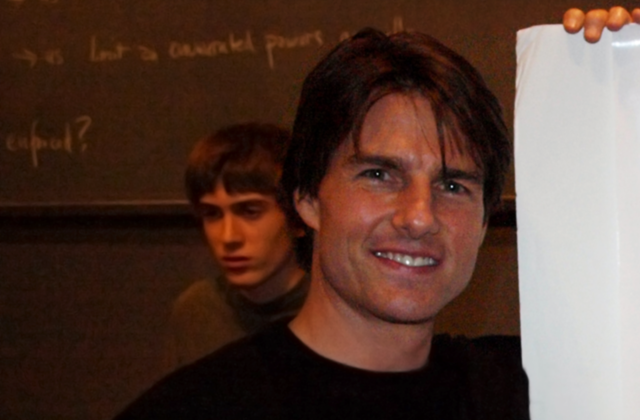 Top Gun 2: Maverick is Back and so is Tom Cruise

It has only been in the past five years that the ideas for Top Gun 2 have really started to gain any lift.

Producer Jerry Bruckheimer has attempted the sequel in the past, but the ripcord was pulled in 2012 following the death of Tony Scott, the director of the original film.

Now, however, with producer David Ellison, the film is cleared for take-off.

More importantly, Tom Cruise will be back as Maverick.

“There is an amazing role for Maverick in the movie and there is no Top Gun without Maverick, and it is going to be Maverick playing Maverick.”

There’s some good news, like the expectation that both the film and star Tom Cruise will want to use practical effects, as opposed to it being laden with CGI. Which would not have been like the highway to the danger zone that is dogfighting and aerial combat.

While Tom Cruise has held up pretty well since the original 1986 film, other things not so much.

Top Gun 2 is said to focus on the use of drones and whether human pilots are becoming obsolete.

Which does echo the modern era, and likely the future, of warfare.

With US Navy Secretary Ray Mabus stating in a speech that the F-35C “should be, and almost certainly will be, the last manned strike fighter aircraft the Department of the Navy will ever buy or fly.”

Although human fighter pilots would still be needed for dogfighting – and this is likely where Maverick enters – Mabus believes the future will hold strike missions carried out by unmanned aircraft.

Whether those drones will resemble Douglas DC-8 airliners is yet to be revealed.

If that sounds like a conceptual nightmare – or simply the movie Stealth (2005) – then know that the current version of the script is being written by Justin Marks. Whose past writing efforts yielded the screen gem that was Street Fighter: The Legend of Chun-Li (2009).

“But like all things, it all comes down to the script, and Justin is writing as we speak.” Said David Ellison.

As for Val Kilmer oiling up for another shirtless beach volleyball match in Top Gun 2, one can only hope. For, or against. The years may not have been too kind, and the once chiselled Iceman seems to have melted and puddled his features over time.

What else the Top Gun sequel may feature is currently an unknown.

Hopefully there’ll be some references and throwbacks to the 1980s with no lost loving feeling. Such as the planned movie soundtrack now having 20 percent more saxophone.

Speaking of such references, here’s the uthinki question: