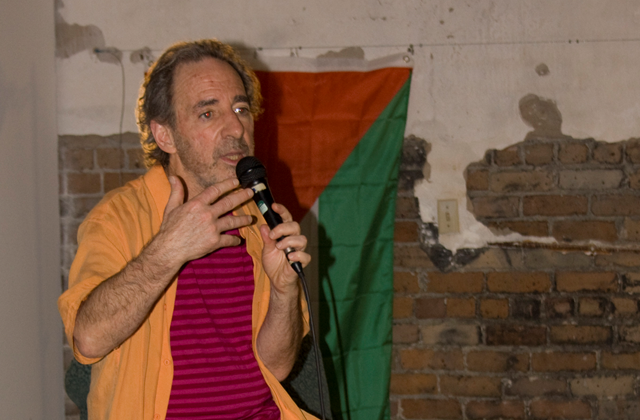 Harry Shearer to Leave The Simpsons?

“Giving up voice acting on The Simpsons? Even Mr Burns, Ned Flanders, and Principal Skinner?”

“They all come from the same voice actor-”

“Sure, some wonderful, magical voice actor…”

His name is Harry Shearer, and his voice acting has formed an integral part of The Simpsons since the show began back in 1989.

Now though, it seems it’s all coming to an end.

In short, his voices form a huge chunk of the Springfieldians.

Fans of the show are still reeling.

Some suspect it’s a conspiracy by the Rand Corporation, in conjunction with the saucer people, under the supervision of the reverse vampires…

Others are marvelling at the show’s ability to apparently predict its own future:

While others still are trying to sift through the half-truths and whole lies, in an effort to put together the pieces.

Harry feeling The Simpsons is declining in quality?

All have been suggested.

Apparently it had, and has, a lot to do with Harry Shearer wanting to continue doing work outside of The Simpsons. Which has largely always been the case. Just even more so now, and Harry has been active on Twitter regarding the whole matter.

Whether good or bad news, it’s said the show will go on, and those characters voiced by Harry Shearer will not simply disappear or be killed off. Instead they’ll be recast by new voice actors.

The situation is obviously different to that of characters Lionel Hutz and Troy McClure, who you may remember from such shows as The Simpsons. Where the characters were discontinued as a mark of respect following the murder of Phil Hartman.

And also different that of character Maude Flanders. Who, along with pay disputes, was voiced by two actors, and never really that much of an integral character, beyond times such as reaching for peanuts.

Homer: “Not those peanuts. The ones at the bottom.”

Then there are the fans hoping that Harry Shearer’s outside work is now also going to include reprising a cameo as Handsome Dan in an unlikely Wayne’s World 3, and him appearing in an even more unlikely This Is Spinal Double-Tap.

It does kind of raise interesting questions though, in that:

How much is a character the actor that portrays them?

Onscreen, is the character Indiana Jones so synonymous with Harrison Ford, that recasting is highly unlikely to work?

What of voice actors, like Harry Shearer and characters such as Mr Burns, can Monty be met without Harry?

Or, is it that the characters of The Simpsons now transcend those voicing them, much in the same way the Looney Tunes characters have continued beyond Mel Blanc’s voicing?

Maybe somewhere in between, is another matter of where that leaves motion capture actors?

On the big screen, is Gollum (and Caesar) Andy Serkis?

Whichever it may be, it seems Harry Shearer has walked away from a US$14 million contract, and that he had the same deal as the other voice actors on The Simpsons.

Although the door, or window, may still be open for Harry Shearer and The Simpsons to work something out.

Maybe even some sort of gelatine dish would help Harry to stay.

Irrespective the show will continue on like a redwood with Lisa’s face on it.

Rather than a snowploughing business with two best friends working together, because not even God can stop that.

Along with such signs, there’s a button below also looking for an answer to a uthinki question about Harry Shearer: