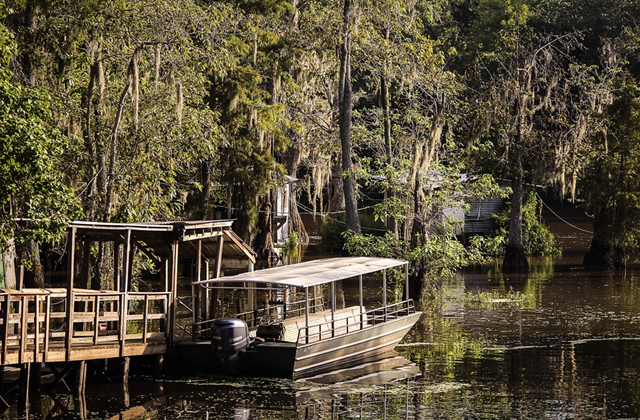 Labelled the Great Flood of 2016 which washed its way through the southern parts of Louisiana, USA, in August, now carries something else strange with it in the aftermath.

As the historic rains displaced people, threatening lives and livelihoods, a group of good Samaritans banded together to rescue those caught in the floodwaters. Known as the Cajun Navy, these people took it upon themselves to help their fellow men and women in their time of need. Using their own boats, and without thought of reward, they ferried often complete strangers to safety simply because it was the right thing to do and there was little time to waste.

“At one time in my boat, I had a guy I dropped off at a Buddhist temple. I had a black guy, and I had a Mexican guy. And when we dropped them all off, everybody hugged, high-fived, loved on each other and sent them on their way.”

It has been claimed and reported that Senator Jonathan W. Perry of the Louisiana State Senate District 26, in the Vermillion-Lafayette area, wants the government to regulate such acts of volunteering. Including the introduction of legislation which could require volunteers to be trained, be certified, and to obtain permits in order to help other people.

However, in a video post to Facebook, Senator Perry says that people are twisting his words and that he in fact wants the government to completely deregulate volunteering such as the Cajun Navy. It is true that he’s concerned about the potential liability and cost to the state regarding the volunteers should something go wrong. Yet Senator Perry wants volunteers to be able to sign a waiver, which enables them to legally cross law enforcement barricades allowing immediate access for volunteers to go and help people.

Members of the Cajun Navy tend see it merely as more bureaucracy.

“How can you regulate people helping people? That doesn’t make sense to me,” says Clouatre.

In an increasingly litigious society there may reasonably be grounds to be concerned about the actions of volunteers. Training may be of benefit. But in the heat of the moment, aren’t people going to make judgements about competencies and help if they can regardless of whether or not they’ve signed a waiver?