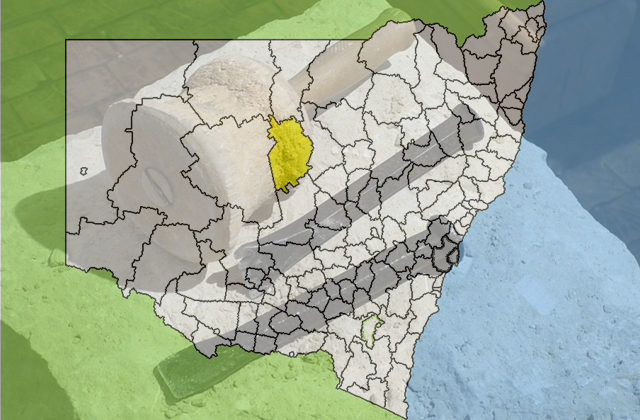 In the great Australian tradition that is the bogan, what better way to celebrate real Aussie pride in a town than to create a Big Bogan statue for it?

Because that’s exactly what the town of Nyngan in the middle of NSW, Australia, is planning on doing.

The Bogan Shire Council, approved the idea several months back, believing that it’ll bring tourists into Nyngan and the general area. And the Big Bogan statue could be unveiled as soon as late September this year.

Now, if some are wondering about the appropriateness of celebrating the bogan, or thinking that maybe having a Big Bogan statue in the middle of town may have a negative impact on the perception of the Nyngan community, these concerns have already been voiced.

But the Big Bogan statue is moving ahead like a V8 Holden ute filled with beer and a Southern Cross paintjob on dole day. Sensationally unstoppable.

As for the look of the Big Bogan statue, it’s classic bogan:

A man, complete with a mullet haircut (rich in the history and theories of business up front, party out back), wearing shorts and a singlet (preferably Stubbies and a wife beater), and he’ll be carrying a fishing rod and a tucker box.

Hopefully the Big Bogan statue will come to be affectionately known as “Bazza” in the near future.

Speaking to ABC News, Mayor Ray Donald said the Big Bogan will be in the centre of Nyngan’s CBD:

“We wanted to have car parking there, we wanted to make sure it can be seen by traffic going both ways, so that’s why it’s in the centre of town.”

Bogan Shire Council has already been approached by businesses interested in selling Big Bogan merchandise. (Including fuzzy dice for all the Toranas perhaps?) Such products will need to be first approved by the council though.

As a public artwork, the Big Bogan could be immune to graffiti. Since it’d probably just look like he finally got that sleeve of tattoos.

Whether the Big Bogan statue is a good idea literally remains to be seen.

In part, it may be classic Australian sarcasm and self-deprecating humour at a town-wide and shire level. Renaming Bogan Shire is unlikely, so have a laugh about it instead.

Perhaps the bogan is partly today’s equivalent of the swagman, which is also an Australian cultural icon, but wasn’t necessarily considered the height of society at the time.

Maybe the Big Bogan will join the list of “big things” dotting the towns and countryside of Australia for tourists to visit, including such picturesque big thing icons as the Big Chook and the Big Root.

It could be asked whether you’d want to live in a town with a Big Bogan statue, or if you’d actually travel to see it, but since the statue is said to be happening anyway there’s a different uthinki question to answer below: