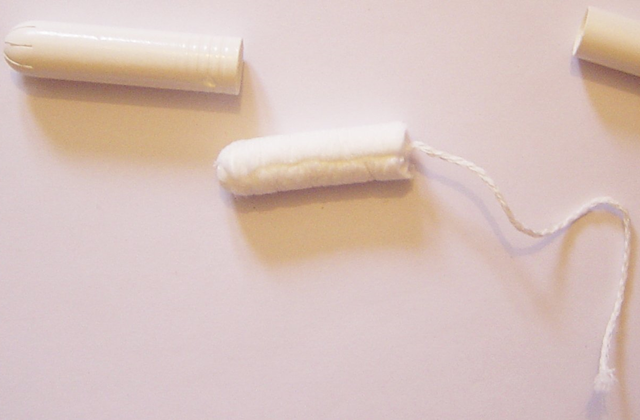 Tamponomics and Taxing Tampons with GST

Tamponomics, one has to marvel at the ability of the word “economics” to absorb whatever is thrown at the dismal science. This time around, it’s the debate about whether GST should apply to tampons in Australia.

So much so, that it has caused a minor rift between Treasurer Joe Hockey and Prime Minister Tony Abbott.

Only in the land down under.

At present in Australia, a 10 percent Goods and Services Tax (GST) is applied to the cost of tampons.

This has been the case since the tax was first introduced. The debate that the GST should not apply to tampons is not new either. It has been there from the beginning as well.

In Australia, tampons are treated as a “luxury” item making them subject to the GST, unlike certain “essential” items which are not.

The current revamping of the debate occurred in a major way on Tuesday 26 May, on the ABC’s Q&A, when Joe Hockey was confronted by student and activist Subeta Vimalarajah, armed with a petition (now nearing 100,000 signatures online) and a giant tampon. She asked the Treasurer if he agreed sanitary products are essential.

“Do I think sanitary products are essential? I think so. I think so,” answered Joe Hockey.

Put on the spot, he added an uneasy and hasty promise to ask the states and territories to have the GST on tampons removed.

The Treasurer says one thing; the Prime Minister considers tampons as “health products” but says something not that dissimilar:

“In the end what happens to the GST is wholly and solely a matter for the states and territories.

“I’m very happy to entertain a request from the states and territories if they can find a united position.

“If the states do decide that they want to narrow the tax base, obviously there are some revenue implications for the states and so be it.”

Removing the GST on tampons has been estimated to cost about $30 million in lost tax revenue.

As much as Subeta Vimalarajah’s rallying cries of “Why are you taxing my period?” and “Stop taxing my period!” may be memorable catchphrases, they’re not exactly correct.

To tax something, is to take a portion of that thing.

Why anyone, government or otherwise, would want to do that with periods is a bit of a mystery. Even those seeking blood donations aren’t likely to want in.

More correctly, the periods of women are not being taxed, rather it is that a 10 percent tax is being applied to the cost of the tampons. The tax is the financial charge upon the tampons’ prices.

How onerous is the burden of this tax?

Assuming an average menstrual cycle of 28 days and seven days of menses, and on this basis with 365 days in a year, then 365/28 is approximately 13 cycles per year, along with the recommendation to change tampons every 3-4 hours, then the following are some calculations, with all GST amounts rounded up to the nearest whole cent:

The cheapest tampons were $0.11 each.

Averaging across all 40 products available, the average cost of tampons was approximately $0.33 each.

The most expensive tampons (technically night pads) were $0.77 each.

The cheapest tampons were $0.14 each.

Averaging across all 33 products available, the average cost of tampons was approximately $0.32 each.

The most expensive tampons were $0.52 each.

On the basis of the above, it suggests the average amount of GST paid per year on tampons is somewhere around $22. This does not seem that excessive as far as money and taxes are concerned in Australia.

Regarding the apparent inconsistency and unfairness that GST applies to tampons but not condoms, it could be part of a patriarchal and phallocentric conspiracy in society, along with allusions of God parting the Red Sea for Moses, because it’s all about men.

Or it could simply be the ad hoc nature of the GST in Australia.

For one, considering condoms “essential” may have to do with the fact that they benefit both males and females. It may also be that condoms helping to stop sexually transmitted diseases and being a form of contraceptive, tends to benefit society in preventative measures more than collecting GST on them would.

Which is not to belittle the benefit of tampons by any means.

However, consider that GST also applies to other sanitary products which many would also consider essential. This includes GST being applicable on both soap and toilet paper. There are little catchcries of “Why are you taxing my bathing?” or “Stop taxing my s-” It’s surely the case that society benefits as much from hygiene products such as soap and toilet paper, as it does from tampons?

It should not be lost on people either, that by working and paying taxes, ultimately governments are in effect taxing biological functions of both males and females as people age and their time is taken by the Government.

If there’s outrage over taxing $22 or so per year from the cost of tampons, why not any similar outrage over effectively taking years of life?

Furthermore, consider that in Australia, Uber is now to charge GST, but not Airbnb. It’s likely that Airbnb holds a privileged and protected position because it essentially relates to rent on housing. Forcing Airbnb to charge GST would likely open a can of worms regarding paying GST on rent on housing in general.

Vested interests and lobby groups apply in the ad hoc nature of the GST.

Where that leaves Subeta Vimalarajah and the giant tampon signed by women to remove the GST on tampons is probably as little more than publicity. It may have made Joe Hockey more than a little uncomfortable, live on national television, and gathered headlines, but whether it changes anything remains to be seen.

Whether the posed-with giant tampon had more than $22 worth of GST attached to it, has probably gone unasked and unanswered.

If removing the GST is to occur on certain items by changing classifications of “essential” and “luxury” then in the interests of equity, soap could be a good place to start.

Yet the catch is, how ordinary or basic does a brand or type of soap have to be before it crosses into the realm of taxable “luxury” items worthy of GST?

For toilet paper, is one-ply “essential” and two- and three-ply “luxury” or something else?

Continuing with a hodgepodge of inclusions and exclusions regarding the GST seems to be delaying a genuine rethink of the taxation system overall in Australia, inclusive of GST, personal income and company tax.

Until then, tamponomics remains the debate of the moment. So don’t avoid the tampon tax. Have your say about it by answering the uthinki question in the button below: