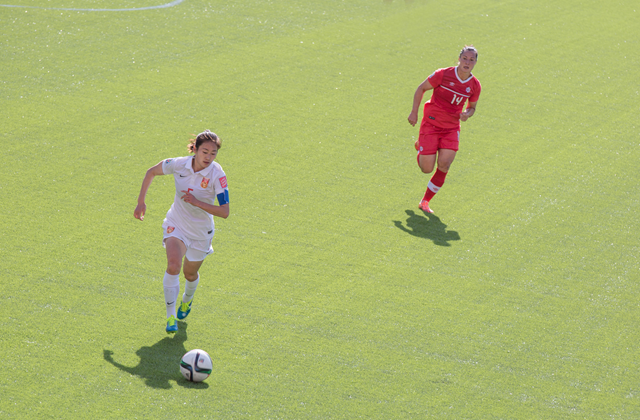 FIFA Women’s World Cup is Testing for Sex Not Gender

Amidst the claims of corruption and scandal plaguing FIFA, it seems others are trying to stoke the flames of another controversy with FIFA. This time, it relates to the testing of women in the 2015 FIFA Women’s World Cup, to ensure that they are in fact female.

If that seems like somewhat of a non-issue, the potential perceived controversy is because the rules as stipulated by FIFA call for gender verification of all players, but records of male players being tested are apparently non-existent.

The same cannot be said of females.

Existing since 2011, FIFA requires the teams of players are “of an appropriate gender” with a signed declaration. With FIFA’s rules stipulating that each participating member association is to: “ensure the correct gender of all players by actively investigating any perceived deviation in secondary sex characteristic.”

Verification in the past has included physical exams, and hormones and chromosomes testing.

The reason for this, is because, on average, males tend to be stronger than females in terms of absolute strength. There can of course be exceptions to this when referring to individuals, but in aggregate it holds true.

In sports, especially at the elite levels, the aggregate differences between the sexes can give males some advantages over females due to factors such as: males are typically larger and have more musculature relative to females; males are around 50 percent stronger than females; typically males have a lower heartrate than females; and females tend to have about 20 percent lower counts of red blood cells relative to males in addition to females having about 30 percent less lung capacity than males, making females more likely to fatigue easier and not be able to generate as much force.

It is not that FIFA is necessarily being sexist with respect to the genetic testing of female players. Rather that it is aiming to ensure a level playing field in the Women’s World Cup.

Perhaps part of the confusion relates to FIFA’s use of the word “gender”. Which is technically incorrect.

Gender is sexual identity of the person. Where one identifies themselves on a spectrum falling between strictly male and strictly female. Or masculine and feminine qualities. Within this spectrum, the person’s identity need to not conform to the stereotypical viewpoints of society with respect to being either male or female.

So by FIFA testing chromosomes, they are effectively testing for sex and not gender.

That they are using the wrong technical terminology doesn’t help much; even if gender and sex tend to be used interchangeably in everyday common language.

Beyond which, with FIFA testing for sex chromosomes, this is regardless of whether the player identifies themselves more as a female or a male.

The use of the word “gender” coupled with only testing females seems to be causing the confusion. Including calls of testing females being sexist and discriminatory. Which could be true to a degree. Particularly with respect to how the sportswomen are actually tested to determine whether they’re truly females.

Yet by the same token, if the testing for males in the male teams playing in the World Cup is utterly superfluous from a sporting perspective, in the name of common sense does such testing really need to occur? Other than to appease notions of equality between males and females?

Have your say in the comments on the matter and press the green button below to answer the related uthinki question: