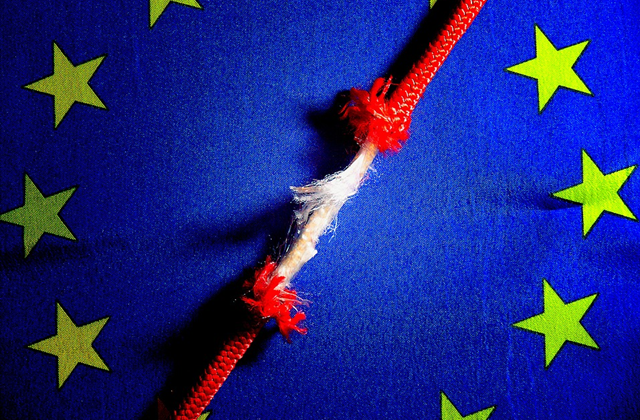 Brexit or Bremain: How Influences the Slain?

The murder of British MP Jo Cox has cast a dark cloud over Britain.

Aged 41-years-old, Helen Joanne “Jo” Cox, was a member of the British Labour Party, and a Member of Parliament for Batley and Spen.

Cox was shot and stabbed to death on Thursday, 16 June 2016, in the street near the Birstall library, in West Yorkshire, England.

Her killer has been identified as 52-year-old Thomas Mair, reported as suffering from mental health issues, including depression.

Witnesses claim Mair yelled “Britain first” at the time of the murder.

It’s unclear whether it was “Britain first” or “Britain First” that Mair is said to have yelled however, and coincidence cannot be ruled out.

Britain First is the name of a far-right British political party, known for its nationalist and anti-immigration stances.

In response to the murder, both sides suspended their campaigning for three days.

However, the debate regarding whether Britain should remain in or leave the European Union (EU) continues.

What combination of respect, precaution and safety, the suspension of campaigning may represent is also entwined in the politicking and interpretation of the matter.

It’s presently unclear what the full extent of the motives behind the murder of Jo Cox were.

Emotive issues of mental health, wrapped in economics and political commentary, make for news stories, but may not fully answer the questions about why Thomas Mair did what he did.

Far-right literature and Nazi regalia were claimed to have been found by police at Mair’s house.

Perhaps it was personal or perhaps it was political. Or a bit of both and with more to the sad affair than has currently been revealed.

Beyond notions of justice, there is also the political sphere to consider.

How the murder of a pro-Remain campaigner, against a Brexit, in turn may or may not sway voters in the referendum.

It’s likely many Britons have already made up their minds about whether Britain should remain in the EU, or, leave the EU.

Likely interpreting the murder of MP Cox through the lens which confirms their viewpoints, rather than in a way which contradicts them.

Broadly speaking, there is a positive correlation between socioeconomics and the society’s collective views at a given time.

In good economic times, people tend to be more open globally in terms of trade, immigration, and prone to acts of sharing the wealth including towards environmental concerns.

The corollary holds that in bad economic times, people tend to close the borders to their own countries. Often imposing tariffs and protectionist policies, presumably to protect those within the country from those outside of it. This also often relates to previous shared global concerns, such as the Earth’s environment overall, falling by the wayside in favour of survival in the here and now.

Where this places Britain’s future position with respect to the EU, will come down to the outcome of the vote on 23 June 2016.

Yet will the murder of Jo Cox, be seen as evidence for the Leave case, as supposed proof that immigration into Britain and the EU’s policies are to blame?

Or taken as evidence for the Remain case, as supposed proof that Britain needs to remain in the EU as a united stand against global terrorism, division and xenophobia?

These are broad brushstrokes, simplified for the purpose of exposition and the economics associated with them. Considerably more nuance applies to the matter. Including how a person may interpret it, and the collective ramifications of that where people are concerned.

Where the moral high ground is invoked, more often than not passion and emotion have been used to elevate it.

Whether Jo Cox’s murder sways viewpoints and represents in Europe a kind of Franz Ferdinand moment for the British to choose a side in either the Leave or Remain camp will be decided in the referendum and can be debated below.