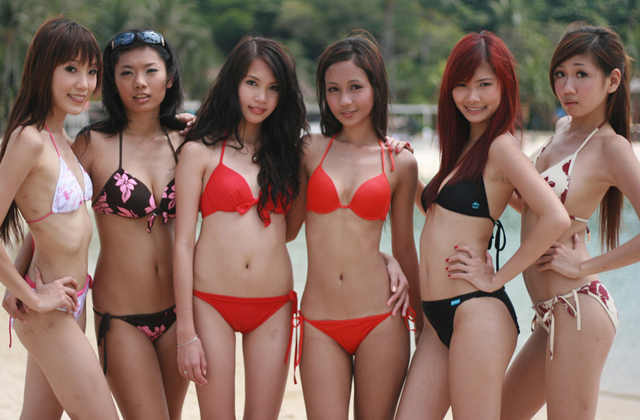 The underboob selfie. Yet another variant of the selfie, and maybe quite the tie-in. Which although probably not requiring a selfie stick, is nonetheless being taken to with a stick. With Thailand authorities having banned the underboob selfie.

All of which because such images may violate Thailand’s Computer Crime Act 2007, Section 14, regarding computer data which may “damage the country’s security or cause a public panic” and related to computer data “that is publicly accessible” in addition to that which “involves the dissemination or forwarding of computer data”.

Somewhat strange the actions of the government compared to the perceptions of the country. Irrespective of any legalities, it’s not exactly like Thailand is unknown for its sex and drug trades. Never mind where the ladyboys may fall on the underboob selfie spectrum. All things considered, the photos seem rather tame in comparison.

Not to throw stones in a house of glass though, because while the Western world may accept the underboob and sideboob versions of selfies and photography in general, slip a visible nipple into the image then wardrobes begin to malfunction. The photo is suddenly banned, pixelated, or covered in stars with those most modest of words:

Whether the Free the Nipple campaign and movement (including the respective film and celebrities jumping on the bandwagon) is really changing anything is debatable. Whereas the bikini bridge selfie movement was criticised for promoting poor body image; despite it being slightly more clothed. (It also seems to have fallen into past fad obscurity.) Pick and choose how hypocrisy is worn, whether as a one- or two-piece. Either should be fine provided too much isn’t seen.

Similar censorship occurs for images of the backside or buttocks, subject to the angle and how much of the area between the two gluteus maximus muscles is shown. The butt of all jokes may break an internet or two, depending on how blurred the line is.

Bikinis, subject to their (at times deliberate) design and the wearer’s physique may also readily show sideboob or underboob. So whether such selfies of women in bikinis in general should also be banned, in Thailand or elsewhere, may be in question.

Plus there’s the great confounder, what if the photo is (or was) taken by someone else? Technically it can not then be a selfie.

Of course the Thai government isn’t the only one to ban, or at least try to ban, some form of selfie.

The USA has had its own stoush with the so-called Tiger selfie. Essentially the subject taking a photo of themselves with a tiger. The right to do so has been spoken of in legal terms of it being a constitutional battle. (Although it would’ve reasonably seemed that it was probably already covered under existing trespassing laws and the participants’ assumption of risk.) Animal rights is another matter. As is the ownership of the selfie, just ask the photogenic macaque monkey and photographer David Slater.

Where the line is drawn between acceptable and unacceptable in societies can be a rather bewildering thing. Especially in the name of what constitutes art and self-expression. It’s almost always subject to its depiction and the times. And how many other people are doing it; as art afterwards may be viewed as challenging conventions.

It would be interesting to see what the views on classic and cultural works of art which depict nudity are. If photos of these were taken (not as selfies), and posted to social media, would they be banned on the basis of nudity?

As for underboob selfies and the inability to identify the person in the image (which may well be the idea), if asked there are probably legions of males who would happily volunteer for the job of identifying the alleged perpetrators for Thai authorities.

A joke though it may be, it may not escape derision. Because it’s decried that it’s exactly this sort of sexualisation of the female body, which protestors are fighting against. Whether placing it in a very visual manner serves to habituate people and moderate viewpoints remains to be seen. It may in fact polarise them more.

How much exposure is too much? Should governments be able to ban such selfies to protect the public? And which parts are best kept private?