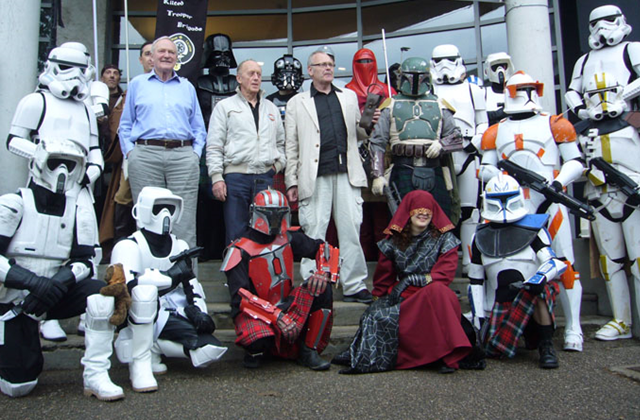 Stars Wars, the space opera film saga which has spilled over into pop culture phenomena, again both strikes back and returns with another May the 4th.

After the prequel trilogy, wiping the droids’ memories seemed like the best course of action. If only the rest of the world could’ve done the same.

Now details of the sequel trilogy are doing not trying, and are breaking through with The Force Awakens. If only that cross-guard on the lightsaber made more sense.

Probably none of the following is canon, but in this way, a trilogy of trilogies, or nine reasons if preferred, are offered up as to why Star Wars should be celebrated on May 4th 2015:

Nine reasons, there are there. Each plausible enough to exist in a galaxy far, far away…

“May the Fourth be with you!”

Wait, not that Star Wars would ever have any extended or deleted scenes; because what gets left in, is as ironclad and impenetrable as the Death Star itself, but there’s another reason lurking in the button below. Don’t let the green glow and lack of sound effects fool you, inside it may be red as the Dark Side itself. Or blue, whichever way that lightsaber colour may align.