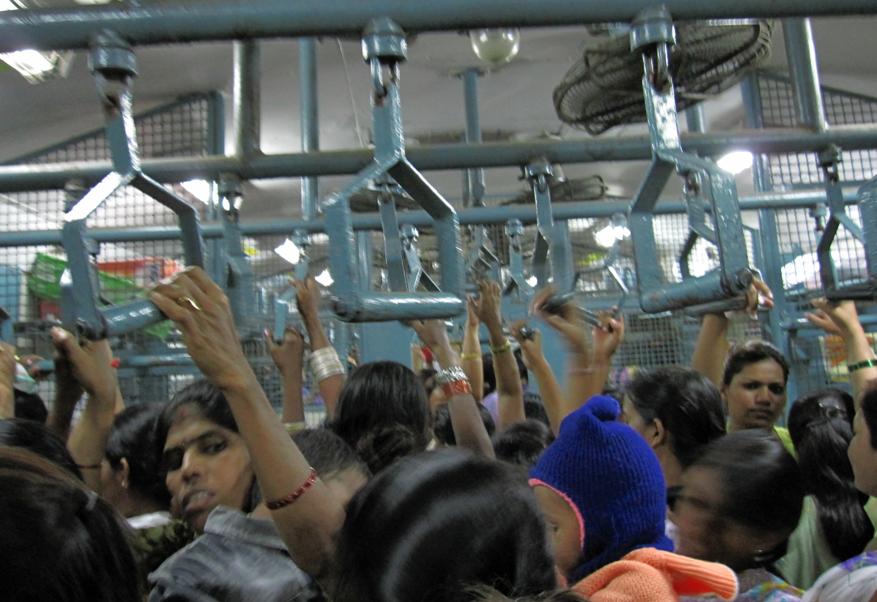 The Swiss artist Milo Moiré as part of a project called “The Script System” had a naked model catch public transport in peak hour in Dusseldorf, Germany.  The model had words of clothing items written in English on her otherwise naked body.  (Although she did wear shoes, glasses, and carried a handbag.  Either the bare essentials or the perfect accessories to go with a birthday suit.)  Of course all of this was filmed (the full video in all its glory can be watched on Milo’s website).

It was supposed to be a way of “shaking up the ordinary,” said Moiré.

Despite all of this, no such thing happened.  Commuters generally ignored the model, or maybe at best gave a momentary and awkward pause.  Whilst the words written on the model’s body and having people filming her likely suggested it was a performance piece of some sort (and arguably people can get away with a lot more if others think it’s part of some film), it really did not go quite as Milo had expected.

Apparently this artist has never commuted before!  They failed to grasp the nature, and perhaps the rules, of commuting on public transport:

What are your thoughts on all of this?  Is a naked woman on public transport a common site and simply not out of the ordinary enough?  Or can you really get away with almost anything if people think it’s part of some film?