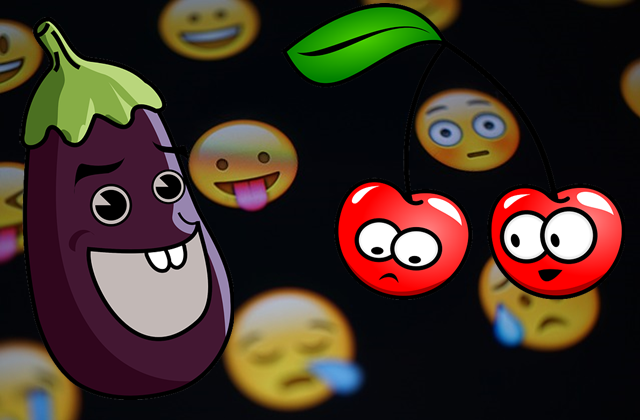 Quite apart from the debate of whether the eggplant is a fruit or vegetable, a common pastime between scientific types and laypeople in between watching the grass grow, it seems the mysterious eggplant has struck again.

But in emoji form.

The reason, it appears, is some say eggplant, some say aubergine and others say brinjal. But when it comes to Instagram and the eggplant emoji, some say it’s vulgar.

Which has called things to attention, and in the interests of uprightness, the eggplant emoji has been deflated and put away for now. The party is over.

Turns out even sprinkling a little salt on it changes nothing of the bitter taste.

Don’t even speak about brinjal pickle, that may just be a phallic overload.

Putting aside the best and the worst times of Dickensian jokes, it’s interesting how the eggplant emoji has been interpreted by some.

Because by their very nature, emojis are icons.

Or emoticons. Images with meanings.

And these icons and their iconography, while seen as complementary elements of the internet language (along with some being complimentary as well, just to add to the linguistic nuances), also have tended to become a form of digital language in and of themselves. Plus as has been noted, the interpretation of a particular emoji can vary considerably across countries and cultures.

Some see an eggplant. Others go all livid and Freudian.

Setting aside whether a grown man should ever use emoticons – the jury is still out on that one – what is the rest of the world and the internet to do regarding fruits and vegetables which look like bits and pieces?

Well, if you’re Jamie Oliver, you campaign to have supermarkets start selling these ‘rejects’. Because appearances aside, even if a bit wonky they’re still the same fruits and vegetables as the more ‘perfect’ ones in the stores. It’s a terrible waste of food. The irregulars should taste just as good. Giving a potentially whole new meaning to Jamie Oliver being the Naked Chef. And the phrase “pukka tukka”. Ahem.

As for the rest of the non-celebrity non-chefs, probably best to at least get a laugh or two out of fruits and vegetables which look like things.

Score one point of comedy gold for the scientific types. Perhaps another bite of the irregular apple for further knowledge?

No mention of banana and peach emojis here though. That might mean something else entirely.

Other laughs of a less technical nature are nearby; and WittyFeed has gathered a bunch of images of fruits and vegetables which look like things. It’s well worth the look.

Now if only there was an emoji which could express the hidden meaning of Peter Piper picking a peck of pickled peppers. Because tongue-twisters and #eggplantfriday may never be the same again.

In a similar spirit of interpretation, here’s the related uthinki question: