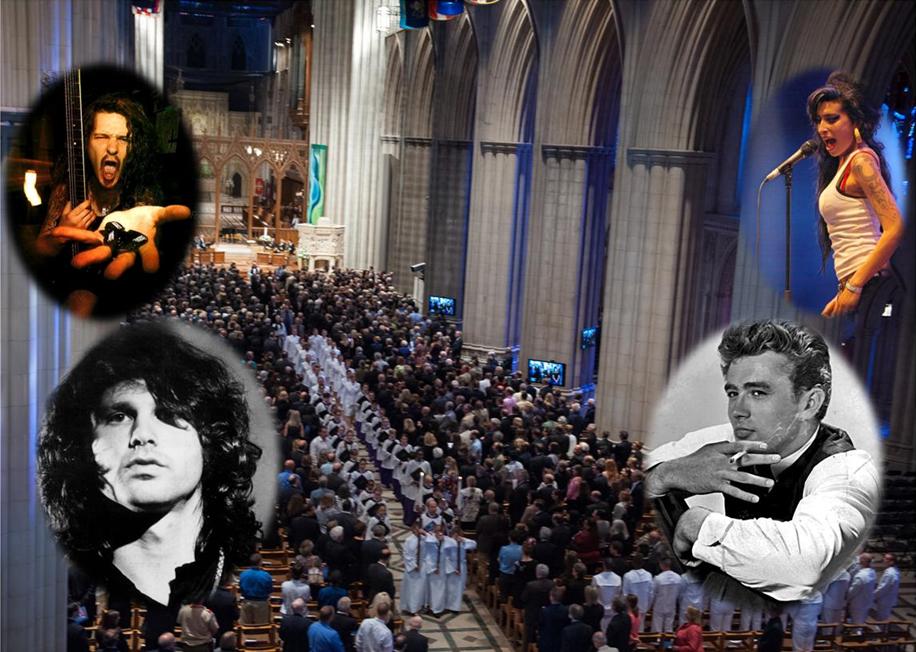 Death of a Celebrity

Dead Before His Time

Shain Gandee, the star of MTV’s reality show Buckwild was found dead inside his red Ford Bronco.  Three bodies were found, Shain Gandee, his uncle David Gandee, and a third unidentified person.  No foul play is suspected, and police reports believe that the three likely died from carbon monoxide poisoning; with the truck having been submerged up to its windows in mud.

Shain was only 21 years old.

In a statement issued by MTV:  “Our thoughts and prayers are with them.  Shain had a magnetic  personality, with a passion for life that touched everyone he met and we will  miss him dearly.”

A sad time for those who knew Shain and the others personally, or had watched Shain Gandee on television.

Empathy and Reframing to Grieve

In no way to make light of the situation, it is interesting the way in which society (or societies, as attitudes do differ) deal with both celebrities and death.

When someone is alive, we use their names and refer to them personally.  When they die, we detach ourselves from this somewhat, prefacing statements with careful language.  Things move from “the person with a name” to “the body”.  We aim to draw a distinction between the two states.  Understandable this is, yet to what end do the words reframe things enough, and help with the grieving process?

Other examples include the transition of the statement the “dead body” towards something beyond death with mentions at, and of, funerals.  Where things are then spoken of in terms of “resting in peace” or “entered eternal life”.

These can be done as signs of respect and empathy.  Words such as “sorry for your loss” may ring hollow compared to the genuine and sincere look on someone’s face which silently says, I understand and feel the same.

Another thing, is the fascination – often grim at times – with celebrities.  The death of a family member is tragic, and for the most part will be a solemn event amongst family and close friends.  Whereas the death of a celebrity, extends far beyond this.  Emotionally touching people that may have never personally met them.  Is it in some way that they made a connection with the celebrity; and through words, music, actions or otherwise, the celebrity also made a connection with them?

Is this part of the human condition, the desire for connection?  Sympathy may be welcomed, yet it’s empathy that is wanted.  It’s not enough to understand the emotions, they must also be felt.  If they are to be genuine.

There is also something with celebrities, especially when they die young, such as Shain Gandee, that seems all the more tragic.  Perhaps true of anyone whom dies young, because we (choose to) see the potential of what may have become.

Talk of tragedies, such as the deaths of James Dean, Dimebag, and Amy Winehouse, as some examples, seems to ring of the sadness and potential people saw.  The hollowness left, as the connection is lost.  Only living on through their works, a glimpse into the past, and the remembrance of their greatness.  A sad wondering of what wasn’t given a further chance.

Many will remember where they were the day a celebrity such as Princess Diana or Michael Jackson died.

Wish Upon a Star

Yet, there can also be a voyeuristic element to this preoccupation of society with celebrities.  The tall poppy syndrome.  The nail that sticks out gets hammered.  The sense of watching a young star implode.  It doesn’t always happen that way; but the news will be flooded with talk about those such as the Britney Spears, Lindsay Lohan, or  Justin Bieber, of the day.  People will watch, often unable to turn away.  The child star that fell and didn’t reclaim its place in the sky; such as Gary Coleman or Macaulay Culkin.

Is it that these celebrities are the candles that burn too bright, too fast, and so we watch them while we can?  Is there something, however misplaced, in the notion of the blaze of glory, and dying before our time and our potential can be reached?  Perhaps there is something to this, freezing in time the memory of someone climbing towards their peak.  The way we want to remember them, and also still wonder what may have been.

Compared to watching the slow slide.  The descent.  The once strong and graceful athlete, now old and enfeebled.  The once charismatic and fire breathing rock star, now but a shell.

Or perhaps, such things, also serve to make us also feel older and realise we’re all the more mortal.  That the connection is still there, and we feel it, but not as we’d like to.

Maybe it’s ultimately not a question of the journey or the destination, rather that we aim to live our lives and fill them with life.

What are your thoughts on this?  Do we die but once, and exist – yet not necessarily live – every day until then?