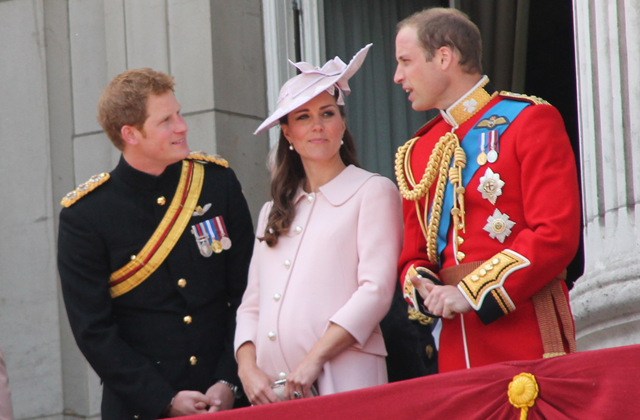 Seeing Red: The Plot to put Prince Harry on the Throne

Not quite the same as the Jacobite uprisings, and probably unlikely to make an historical footnote, but still news for the day, an Englishman is facing trial over his plot to make Prince Harry king.

Arrested back in 3 June 2014, Mark Colborne, 37, of Southampton, has been described as a right-wing extremist and a fanatic. He stands trial accused of planned terrorist attacks related to assassinating Prince Charles, in an attempt to put Prince Harry on the throne.

Today, Prince Harry is fifth in line to rule Great Britain. Prince Charles is first, followed by Prince William and his two children Prince George and Princess Charlotte. Then, thanks to the succession rules of the British Monarchy, it’s Prince Harry’s time to shine.

If Prince Harry appears a bit marginalised here, it seems that was part of the very sentiment shared by Mark Colborne and a key point in his alleged plot. Colborne himself, is also a redhead. Or a ginger gent. In a seized notebook of Colborne’s he had written:

“I want them to see my transition from poor red-haired victimised minority that is constantly walked over to a fully transformed military terrorist.”

An angry redhead. All they needed was a leader. Prince Harry, apparently. As Colborne further wrote:

“I would sacrifice my life for that one shot. Kill Charles and William and Harry become king. Kill the tyrants.”

According to some, non-angry redhead may be a bit like the ends of rainbows: they’re out there, but rather hard to reach.

Those with red hair are typically of Irish, Scottish, plus a patch of Russian ancestry. Although estimates vary, redheads account for somewhere around less than 1 percent of the total world population.

Plus while the “ginger gene” is recessive, redheads are unlikely to go extinct any time soon.

It was at one stage suggested the red hair may come from combined human and Neanderthal offspring. However, the correct science was that some Neanderthals also had red hair, but their red hair genetics differed from humans.

Enough of the ginger facts and myths though, because most have heard them all, and there has even been Ginger Pride walks held around the world in a good-natured way.

No such luck for Colborne though, whose notebook also revealed as evidence him writing of his hatred for non-Aryan races.

Prosecutor Annabel Darlow said Colborne: “Perceived himself as marginalised and belittled by society because he was a white, ginger-haired male.”

“I’m looking for major retribution, a mass terrorist attack which will bring to the attention our pain not just mine but my brothers around the world.”

In court proceedings, Colborne is accused of searching the internet for explosives and chemicals to make cyanide, in addition to purchasing dust masks, funnels, gloves, and syringes all associated with bomb making.

Colborne denies the charges against him.

The method and means aside, would the British Monarchy be better if Prince Harry were to become King Harry?

What of redheads and gingers, are there any truths to the clichés?

Is that they’re reflective of attitudes and experiences towards, and of, those with red hair overall?

Or, that being comparatively fewer in number, the red hair may be a focal point for an individual in the minority to highlight a particular difference?

As to whether redheads are marginalised, have your say by answering the uthinki question below: