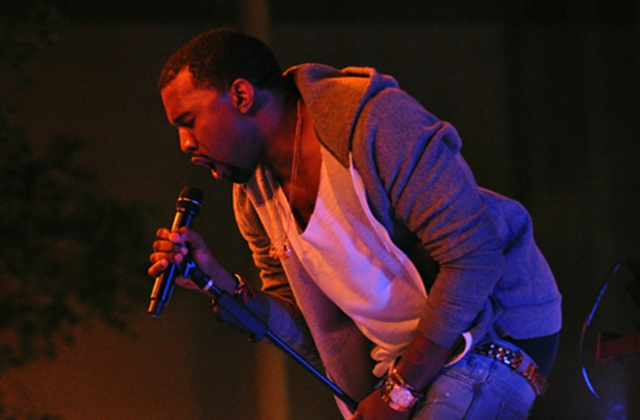 Kanye West to Run for President in 2020

At the 2015 VMAs, Kanye West has announced he’ll be running for President of the United States in 2020.

Fortunately Kanye West managed to keep his ego in check, and only announced that he decided to run for President in 2020 in his VMA speech. The former, more arrogant, Kanye simply would’ve commanded that he will be President in 2020.

Likely he used his rant and the date to spruik his superior vision.

Foresight that is. Kanye West doesn’t look back.

With his time in the White House almost up, maybe Obama will go on to launch a similarly successful rap and hip hop music career?

It’ll be like looking in the mirror, and all part of the Kanye logic.

Some may be wondering what political party Kanye will side with: Democrats or Republican?

Clearly they have it all wrong.

Kanye West sides with no party. He is the party. Parties side with him.

It’s good to see that the 2015 VMAs were put to good use. The 2013 VMAs may have been all about the twerking of Miley Cyrus and Robin Thicke; and while Miley is still sporting little in the clothing department, that’s nothing compared to the absent notion of President Yeezus. It’s a tongue out moment for all.

As people await the year 2020 when President West – or Kanye-in-chief – will lead the world into a new age of enlightenment, there’s still the meantime.

Kim Kardashian will no doubt need to get the dimensions of the Oval Office just right. It could be a snug fit by at least half.

Asked if there’s still the election of a new US President set for 2016, the answer is yes, and perhaps Donald Trump will lead the way?

Then baring a second term for Trump, maybe Kanye West will actually appear as a viable choice for President in 2020?

While it’s reminiscent of Michael Moore trying to get a Ficus plant elected to Congress, it might also be a similar principle that the Bushes worked on:

Perhaps not the lesser of two evils, but at least the one which hasn’t been tried before.

Surely such a Mae West paraphrasing can’t be mere coincidence when it’s all about Kanye West?

Unless the hopes of President Kanye in 2020 ends up on the long list of other satirical candidates.