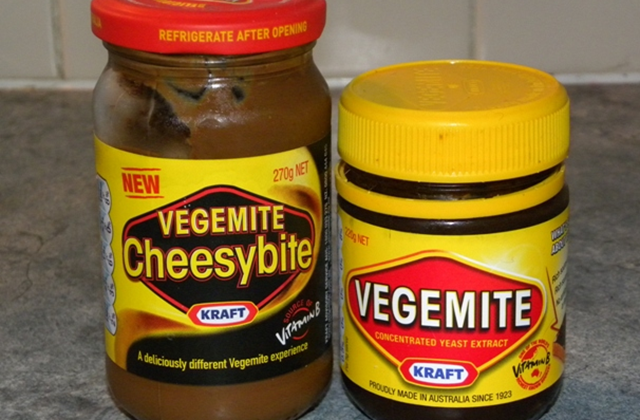 Vegemite and the Spread of Homemade Alcohol in Dry Communities?

Vegemite, it’s the great Australian spread. With a taste which ranges from being described as enjoyable, to being compared to dirty and worn pureed work boots. Depending on who is asked.

And as it turns out, the dark and salty, and ultimately yeasty spread that is Vegemite, is also reportedly being used to make alcohol in parts of Australia.

Which is of particular concern to the 19 dry communities in Queensland and in various other areas in Australia, where the sale of alcohol is prohibited or restricted.

However, it is reported that proportionally fewer Aboriginals drink alcohol than do other Australians, and media reports of alcohol abuse in Indigenous communities may also be a product of stereotyping.

Reported by the Courier Mail, Minister for Indigenous Affairs, Senator Nigel Scullion said Vegemite was the “precursor to misery”.

Vegemite doesn’t taste that bad, does it?

Yet, using Vegemite to brew alcohol adds to the issues beyond its taste alone.

Vegemite contains yeast extract derived from barley and wheat, as well as malt extract. The former helps with fermentation, and the latter of which could be a bonus for homebrewers of beer.

“We are in discussion with many communities, particularly in term of community-owned stores, not only about healthy products, but about products that are used as precursors to the production of alcohol.”

“Where there is a will, there is always a way and in Indigenous communities I have seen alcohol brewed from many things such as Vegemite.

“Common sense needs to take place and if people are purchasing large quantities of an item that could be used for brewing illegal alcohol, questions should always be asked.”

While government bodies are currently not intending to legislate the banning of Vegemite in dry communities, the debate on the matter is increasing.

And the debate about dry Indigenous communities is far from new.

Much like with other forms of, and attempts at, prohibition, dry communities in Australia have also led to the sly grog trade. Buying (or making) alcohol elsewhere and then selling it at grossly inflated prices in dry communities where demand for it exists.

Although the yeast within Vegemite adds to the fermentation process to produce alcohol, homemade alcohol can be made from a vast variety of sources.

Pruno, or “prison wine” as it’s otherwise known, has numerous recipes. Which typically involve fruit and vegetable matter, with a slice or two of bread added (for its yeast) to aid in the fermentation process that occurs over about a week after placing all the ingredients in a plastic bag. Apparently, as though bottling irony itself, pruno has even gone artisanal. Of all things.

Essentially anything, or things, with the ability to ferment, typically those high in sugars and carbohydrates, have the potential to be made into homemade alcohol. This includes fruit juice.

While Vegemite with its high yeast content may seem like a speakeasy’s spreadable dream in a jar, numerous substitutes exist. Including bread.

Indigenous cultures in Australia have traditionally brewed weak alcoholic beverages from a variety of ingredients, including fermented honey.

There are also examples from around the world, such as airag and the various other names for the alcoholic drink made from fermented mare’s milk.

People have gotten an awful lot more creative than using Vegemite and horse milk when it comes to producing bizarre alcoholic brews.

Whether people want to blame Vegemite as the latest scapegoat or enabler in alcohol-related problems, is up to them. Along with questioning to what extent prohibition actually works, and what place it should have in a free society. Have your say about it in the comments and the uthinki question below: