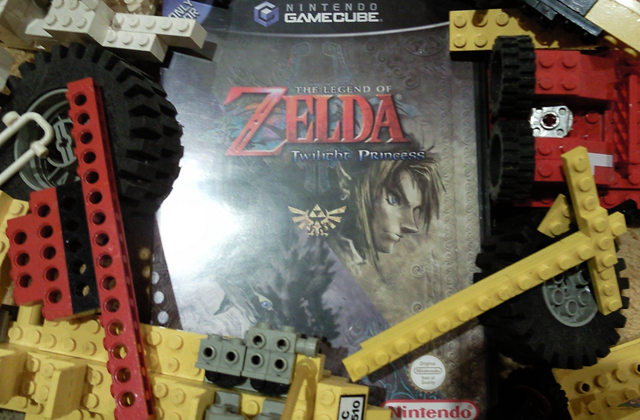 Combining the three, which some might suggest creates some form of Golden Power, could also lead to 19-year-old Joseph Zawada. Who built the Hyrule Castle from The Legend of Zelda: Twilight Princess entirely out of LEGO.

Some two and a half years in the making, no doubt it required the combination of power, wisdom and courage to build the Hyrule Castle from LEGO.

Displaying his Hyrule Castle at the recent BrickFair in Virginia, USA, Joseph Zawada talks about his creation in the Beyond the Brick interview below (Midna provided no useful instructions):

And since it was based on the Twilight Princess version – Zawada’s favourite game in the Zelda franchise – playing an ocarina probably won’t reassemble the LEGO bricks like the chopped up signs in the Ocarina of Time.

Joseph Zawada isn’t the only Nintendo fan to show the crafting love, as earlier in the year Kjetil Nordon finished crocheting the World 1 map from Super Mario Bros. 3.

One more example, and there’d be a Triforce of them.

With these things going hands on, and the introduction of the amiibo toys, maybe it’s time for video games to start looking more into augmented reality. Nintendo is expected to start releasing its games on smartphones by the end of this year; and while the Nintendo smartphone is only a concept mock-up at this stage, stranger things have happened.

It might also be a good place to start asking about what’s in the following uthinki question below: