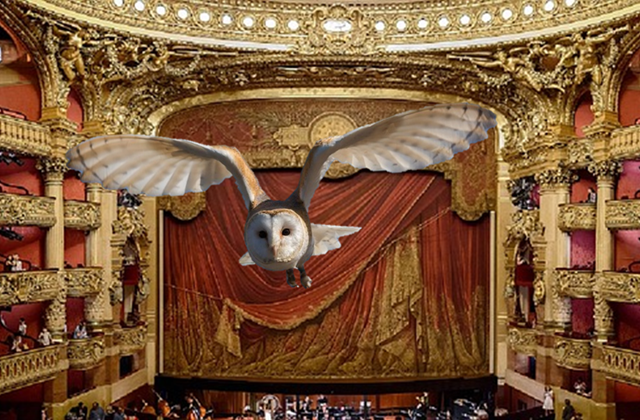 As the adage goes, never work with animals or children. However, for the stage production Harry Potter and the Cursed Child, there’s little avoiding either of these. The animals and children have a sprinkling of magic as well.

It’s not the children that are cursed though, but the owls.

The play, in its preview stage, was using live owls.

One owl took flight into the auditorium, it then failed to return to its handler. (It’s most likely the owl didn’t deliver the mail either.)

Not exactly a seamless production and some teething problems to deal with.

The show’s producers offered a statement that the “owls’ welfare and enrichment needs” were of the “utmost importance to the production” and that the purpose of the preview was “designed to allow the creative team time to rehearse the changes or explore specific scenes further before the play’s official opening.”

Which ultimately has meant that a regulatory body similar in power to The Ministry of Magic, decided to exit stage left and curtain the use of live owls in the Harry Potter and the Cursed Child theatre production.

Animal rights and welfare group PETA welcomed the move, stating that “treating the owls like props goes against every message of respect and kindness that J.K. Rowling’s wonderful books taught”.

It could be debated whether owls were truly treated as such.

Others figured that without live owls, there’s now the chance to use mechanical owls and they might call upon a relative of Bubo the mechanical owl. Even if it could strain the mythological Greek flavour further than the appearance of Fluffy, but let’s not dwell on the many borrowings of Rowling’s writings whether it be Cerberus or otherwise.

Live stage productions, derivative or not, of movies tend to have their risks. From wayward owls, to equipment failing actors in Spider-Man, and the ominous superstition of not saying “Macbeth” in the theatre. All that’s before adding a cursed child into the mix, or the many other things considered bad luck in the theatre.

Pretty soon there could be more people seeing thestrals than not…