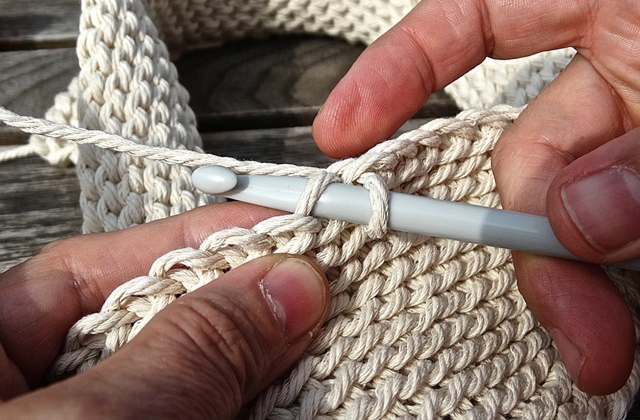 Spending over six years to crochet the World 1 map of Super Mario Bros. 3, was a labour love and no speed run for Kjetil Nordon.

The Nintendo fan and crocheting master, not to mention computer programmer, spent over 800 hours crocheting the 2.2m by 1.8m blanket. As reported by NRK, it wasn’t without a few hammers thrown in works, as Kjetil Nordon said:

“When the water was half way finished I saw that I had chosen the wrong shade of blue. It was almost purple, and very ugly, so I had to undo all of it. That took an extra week.”

Perhaps the wrong shade of blue wasn’t quite as bad as being told:

THANK YOU MARIO!
BUT OUR PRINCESS IS IN ANOTHER CASTLE!

Nordon is currently looking for a way to display his work on his wall, safe from harm. Because those Koopalings can be quite destructive.

As for Kjetil Nordon’s next major crocheting project?

“I have no idea, but I’ve gotten some suggestions. I spent such a long time thinking before I chose this project, so I can’t rush it. I’ll have a break, and think for a while,” said Nordon.

Could it be the World 2 map of Super Mario Bros. 3 or something else?

The options are definitely there.

Talk about touch fuzzy get dizzy with choices.

There’s a yarn or two to be had about the uthinki question as well: