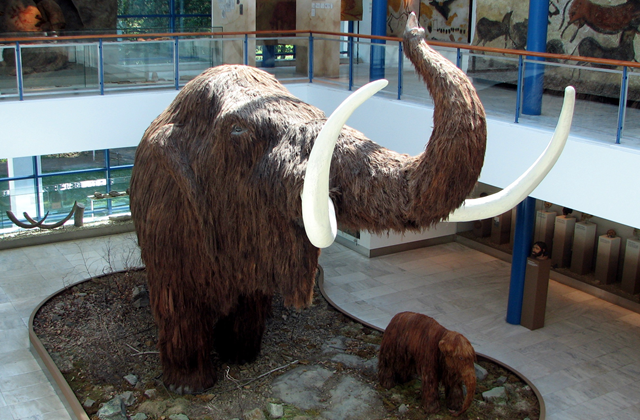 Come In From The Cold

Woolly mammoths have been extinct for the better part of 10,000 years. Since the last ice age. Talk of cloning mammoths by splicing their DNA with elephants is not that new either. Yet it’s measured in decades and not millennia. However, scientists now claim that they’re closer than ever to returning the woolly mammoth from extinction.

Using the DNA of woolly mammoths found frozen and preserved in the Artic permafrost, through new DNA scissoring techniques, scientists have managed to reproduce 14 of the mammoth’s genes. Which have then been spliced into and integrated with the genome of modern day elephants. Remarkably giving functional DNA. The DNA scissoring technique called CRISPR allows scientists to precisely edit in the genes of the mammoth into sections of elephant DNA.

As reported in The Sunday Times, Professor George Church of Harvard stated:

“We prioritised genes associated with cold resistance including hairiness, ear size, subcutaneous fat and, especially, haemoglobin [the blood molecule that carries oxygen around the body].”

Church also concedes that there’s still more work to do.

Despite the work of the aptly named Professor Church, it is again raising issues of scientists arguably playing God. Including the ethical issues associated with returning an animal from extinction.

Perhaps sillier things would relate to whether this hybrid will have all of the elephants’ and mammoths’ strengths and none of their weaknesses. Though this hasn’t necessarily been the case for other hybrid animals like the wholphin, the zedonk, or grolar and pizzly bears.

Frontrunners in the name department are probably mammophant and elephoth. Which are surely names neither would ever forget.

The hybridisation of animal species may also be an adaptive survival mechanism. (Or revival mechanism, in the case of the mammoth).

In many ways it’s reminiscent of Jurassic Park not only for the obvious, but also the reminder that just because something can be done, it doesn’t mean it should be.

Ethics Outside the Lab

The ethical implications of cloning a mammoth back into existence are a bit more complicated than may be initially thought.

Yes, if the science is there, it would be interesting and exciting to do. A real life mammoth.

Yet consider it a little further. Simply being a scientific curio may not be in the best interests of the animal.

The cloned mammoth would be an animal whose natural environment no longer exists. Would it therefore need to forever be confined to zoos and wildlife reserves?

Releasing it back into the “wild” is a huge unknown.

As the peoples of Africa will attest, a herd of stampeding elephants can decimate an entire village. It’s generally best to get out of their way; and whatever may be trampled, will be. The elephants also have a tendency to later retrace their steps, giving double the destruction to their path. Woolly mammoths would’ve been approximately similar in size to African elephants. Therefore weighing in somewhere around 6,000 kilograms (13,440 pounds) for the adult male mammoths and about three-quarters of that for the adult females. Either way, it’s a lot of pachyderm to be wandering around the countryside and potentially into urbanised areas.

Woolly mammoths would likely require a large habitat, probably areas similar in size to that of modern day elephants. Although it can be speculated why the mammoth became extinct, shoehorning a living mammoth into today’s ecosystem carries with it many uncertainties. Including the introduction of the mammoth into environment itself. The classic case study of the unintended consequences of introducing a foreign species into an environment is of course the introduction of the cane toad into Australia. Which has become an utter ecological disaster. Beyond any human considerations, how mammoths may impact the environment and its current ecosystems is a big unknown.

Then what about ivory poachers. There’s enough challenge protecting existing elephants from poachers as it is. With woolly mammoths having typically larger and more pronounced tusks than modern day elephants, the temptation for the illegal ivory trade may prove extremely great. Plus returning an animal from extinction for the purposes of ivory farms and potential legal ivory trading is not likely to sit too well with those who feel this is already morally tainted ground to stand upon.

As it’s noted, estimates of current rates of extinction of animals globally and the loss of biodiversity vary greatly. The lower bound of the estimates ranges between 200-2,000 species becoming extinct every year. Whereas as the upper bound is as high as 100,000 species facing extinction each year.

Professor Alex Greenwood believes bringing back the mammoth is not only unethical, but that the money would be better spent conserving existing endangered species. Stating that “we cannot even keep the ones that are not extinct around”. Further adding: “What is the message? We can be as irresponsible with the environment as we want. Then we’ll just clone things back?”

The first point is valid. There is evidence to support the estimates that dozens of species of animals are going extinct every day.

The professor’s second point is more of a stretch though, and is far less convincing. Although there are nuances to the arguments, what Greenwood is suggesting is tantamount to:

No-one should have any more children so long as there remains children living and dying in poverty.

Something which is as unlikely to convince people to adopt children instead of having their own, as it is to convince people that being environmentally irresponsible can be solved with cloning. Neither is the answer to what are far more complicated and complex issues.

Much like the money spent on research to clone a mammoth could be directed elsewhere, it doesn’t necessarily mean that it would be in the absence of this research. Nor that it would go towards animal and environment conservation efforts. (Or attempting to fight human poverty for that matter.) People will often do what is of interest to them, provided they’re permitted the choice to do so.

The other factor involved in the research for the possible mammoth cloning, is that it may have other applications and benefits. Quite simply, the potential resurrection of an extinct mammoth may be infinitely more appealing to the masses than talk of something like germline gene modification.

So which should it be, make an elephant with extra hair or try and save what elephants are already here? Need they be mutually exclusive? And what of the ethical implications, are they valid concerns and how should they temper what otherwise may be done in the name of science?