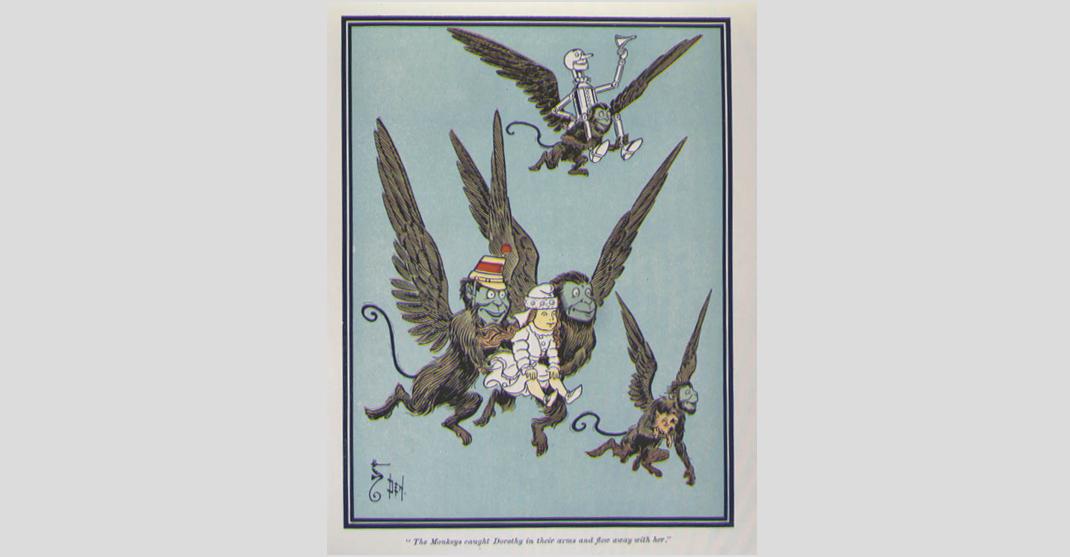 A Flying Monkey is best? Get your hands off me…

With the recent release of Oz the Great and Powerful, a film that many are describing as the Tin Man in the Emerald City – no heart and a lot of money spent – despite the fact that the original was an allegory on US monetary policy (who’d have thought), people are wondering several things.

Notwithstanding Rise of the Planet of the Apes and now the links to the flying monkey (see how far Zach Braff has come since Scrubs ended), many are also wondering when it comes to simians, if the flying monkey is the best mythical pet.  (Or minion, if you want to do evil.  Perhaps being the anti-Google.)

You may know exactly what you’re thinking, that’s easy enough.

Predicting what the crowd is thinking is another matter. Maybe you should discard your brain of straw for a moment and think a bit harder.

So don’t be a Cowardly Lion, have your say now.