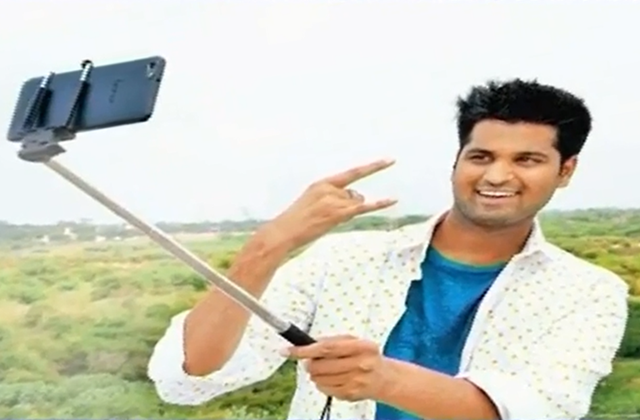 As record attempts are often nothing without the journey and personal sacrifice in pursuit of the dream, Bhanu quit his job to pursue his photography goal. From hospital research assistant to practising taking selfies fulltime, such is his dedication.

At 24 years old, Bhanu Prakash Racha had worked at the hospital for five months, and applied to Guinness World Records about the proposed attempt.

Yes, there’s an official Guinness World Record for almost everything.

In this case, it’s for the “Most self-portrait photographs (selfies) taken in 1 hour” which is currently held by American Patrick Petersen and NBC Sports. Total selfies taken in the hour officially numbered 1,449.

Speaking to the Times of India, Bhanu has been preparing for his attempt.

“I am comfortable clicking selfies only with my right hand, so I do exercises for my hands and wrist,” says Bhanu.

Naturally he’s also gotten himself a selfie stick and a tripod, and has been practising poses from all angles. From Blue Steel to beyond.

His current unofficial count is 1,700 selfies in an hour. Bhanu believes that in his official Guinness World Record attempt that: “I am sure I can click 1,800 too.”

At a rate of one selfie every two seconds, that’s to be quite a few clicks. And probably a photo finish.

The record attempt is to take place at a mall in Hyderabad on 18 September 2015.

For an official record or not, is it crazy to quit a job to take photos of yourself?

The pursuit of the selfie has been taken deathly far already, so maybe quitting a job isn’t that extreme.

But what about Bhanu’s declaration, answer below: