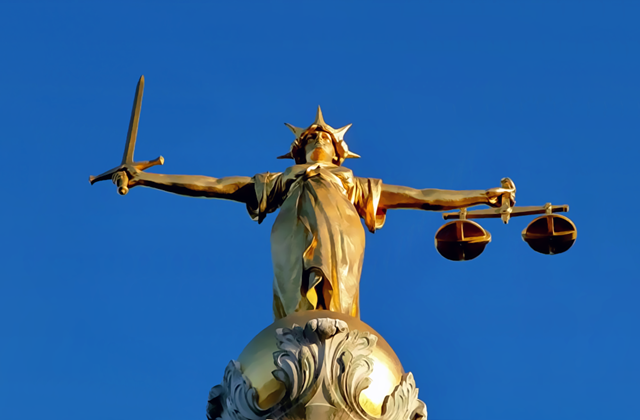 Following the execution of Andrew Chan and Myuran Sukumaran in Indonesia on Wednesday, 29 April 2015, Australia has recalled its ambassador Paul Grigson from Indonesia. While some commentary has suggested such a political move is unprecedented, this is not wholly true.

Talking to the 7.30 Report, former Australian ambassador Philip Flood noted that such a move has occurred twice before:

Whether this has any real political clout or diplomatic impact remains to be seen.

It is, however, a rather thorny issue overall.

While Independent Senator Nick Xenophon, as one of the Australian political voices asking for clemency, called Indonesian President Joko Widodo a “pathetically weak leader” the politics of the situation within Indonesia may be viewed as the opposite. For as much as it can require strength to forgive, it can also be seen as seen as weak to bend the law due to international political pressure. In the eyes of Indonesia, the executions were defensible because it is fighting the war on drugs.

Indonesia is its own sovereign nation with its own laws. It may be viewed as Australia impinging upon the sovereignty of Indonesia as a form of retaliation regarding its judicial system. Both Andrew Chan and Myuran Sukumaran were convicted and guilty drug smugglers as members of the Bali Nine. For one country to question the laws of another, can tread an uneasy political path. Worse yet, should the questions be inconsistent in their nature and by the actions of the questioners.

Indonesia is not the only country to have the death penalty. Other countries with capital punishment include both the US and China. Both of which are seen as politically and economically important to Australia. Save for the recent execution of two Australian citizens, to be consistent, then Australia should similarly be lobbying all countries of the world to end capital punishment. A point which Victorian Supreme Court judge Lex Lasry QC has made.

Is that it’s simply the recentness of the executions, and that in time it’ll be out of sight and out of mind for most? Or that the incensed nature of Australians surrounding the executions relates more to Australian viewpoints and that it affected their own?

To call into question the laws of one country may be for another country to take a moral high ground. Suggesting that its laws are somehow more correct and just, than those of the country in question. Which may be true in a sense, yet it can be hard to escape the relativistic nature of. Where, in the interest of consistency, then capital punishment should be opposed overall and absolutely. Or it may simply be the cultural viewpoint that the crime of drug smuggling does not warrant the death penalty. Ultimately it is a complex issue for many, with exceptions offered for every rule cited.

Australia’s hard line policy on refugees may be, and has been, called into question already. For it may serve as a kind of death penalty by proxy through turning around boats, detention centres (with suicides), and returning foreign nationals to the countries they have fled. When it comes to the value of human life, elements of inconsistency and hypocrisy are seen here.

Similarly as has been noted, for all the public uproar and condemnation of the executions, at present Australians are still travelling in record numbers to Bali. According to Webjet, demand over the past four weeks has risen 42 percent compared to this time last year.

Which is not to necessarily suggest inconsistency, because the figures could be accounted for in many ways. Including the increased travel related to the executions and pleas for clemency; those outraged by the executions are not the ones doing the travelling to Bali; discounted flights and holiday deals; plus other factors such as the strength of the Australian Dollar relative to other currencies including the Indonesian Rupiah.

However, calls to boycott Bali – #boycottbali – continue on social media. Including retaliatory responses from Indonesians of not wanting Australians in their country anyway.

In response to the executions, there has been talk of further forceful responses by the Australian Government, including speculation regarding it withdrawing the near A$600 million in aid it sends to Indonesia annually. Foreign Minister Julie Bishop has suggested any decision will wait until the 12 May budget. The major problem with such actions is that they tend to impact those impoverished more than they do the ruling elite; and it’s the latter with the political and judicial clout. Which is to suggest for all the moral outrage over the executions, such actions are similarly less than humanitarian.

It has been stated that of the time spent in prison by Andrew Chan and Myuran Sukumaran, it saw their rehabilitation. Becoming a minister and an artist respectively; and they were repentant about their actions. They were, however, still convicted drug smugglers. Subject to the laws of the country they had broken. As noted above, the sense of justice and the punishment fitting the crime, may differ across countries and cultures. Yet for the moral indignation, there are other associated matters in the relationship between Indonesia and Australia.

As Prime Minister Tony Abbott has said regarding the executions, that caution is urged because people’s actions may make “a difficult situation worse”.

Where recalling the Australian ambassador from Indonesia, is unprecedented, is in that the recall is occurring over a drug execution. This has never happened before. Even in the wake of the 2005 execution of Nguyen Tuong Van in Singapore. Again, it may be Indonesia as a nation views Australia now as more pro-drugs than it; which may only serve to strain the relationship between the two further. Or lead for it to question why no such action was taken regarding Singapore.

In China, another Australian, Peter Gardner, may now also face the death penalty for drug smuggling. Will the Australian Government respond consistently in its dealings with both China and Indonesia?

It also seems somewhat remiss to speak of the lives of humans beings here, regardless of their crimes, being used as pawns on a political chessboard. With countries manoeuvring for diplomacy and discussing issues of their sovereignty, where politicians are often significantly removed from the firsthand experiences, regardless of how their consciences may weigh.

There are also other grounds, old wounds, which such a moralistic political stance may reopen. The events of the Balibo Five, where in 1975, five Australian journalists were murdered by Indonesian army to prevent the reporting of Indonesia’s invasion of East Timor. Where between these two countries fighting has a long history, and Australia and Australians have similarly been involved. If there’s such outrage over convicted drug smugglers being executed, are the past flames to be stoked again as people recall such events?

As people talk, the question of how does one weigh human life remains. Is the death penalty ever just, and to what end or purpose does it serve?

As politicians talk and exchange words, where the viewpoints and their morals may lead diplomacy to, and the potential toll on human lives, remains to be seen.

A call for calm could be wise for all sides here, because if justice truly is blind, it may not have foresight either.