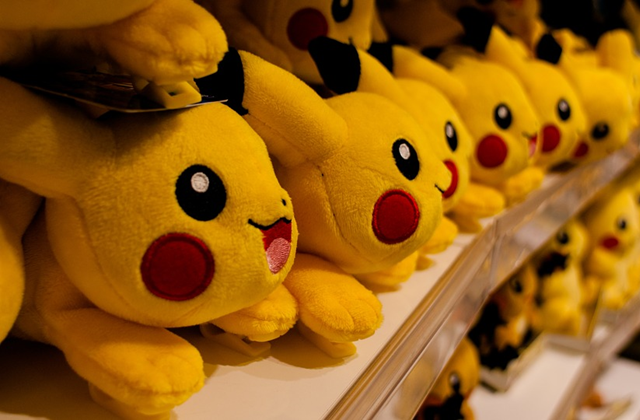 It sort of says Pikachu, but there’s something a little more shocking in store for Pokémon fans in Hong Kong. Their beloved, and arguably favourite Pokémon character Pikachu is getting a bit of a name change.

Yet it’s not being seen as a good evolution of the character in Hong Kong.

The release of Pokémon Sun and Moon in December 2016 in Hong Kong, Taiwan and Mainland China will mark the first time that the Pokémon video games have been made available in traditional and simplified Chinese.

Previously the Pokémon video games were translated based on local languages and regional dialects.

Nintendo now wants to simply and unify all of this. With the Pokémon franchise to officially be called 精靈寶可夢 or Jingling Baokemeng in Mandarin throughout Greater China.

Tensions based on different languages have surfaced noticeably regarding the renaming of Pikachu.

Though always known as 皮卡丘 (Pikaqiu) in Mainland China and Taiwan (and sounding similar to the global Pikachu), the character was originally translated as 比卡超 (Bei-kaa-chyu) in Hong Kong.

In Cantonese, however, the new translation reads as Pei-kaa-jau.

Localisation of video game content is nothing new, and is often standard industry practice.

For example, the Pokémon character, trainer Ash Ketchum as he is known in most of the West, is called Satoshi in Japan.

However, as the world has become more connected globally, content may be aimed at being more standardised. Which from a business perspective can help with reduced costs and potential greater and easier distribution of content.

For the gamers and Pikachu fans of Hong Kong, however, they seemingly view the name and language change as also being political.

A recent survey found that less than 40 percent of primary schools in Hong Kong are teaching Cantonese.

Changing the name of Bei-kaa-chyu to Pikaqiu is apparently another straw being loaded onto the cracking pallet.

Hong Kong protestors have vowed to boycott Nintendo products; also setting up their own Facebook page petitioning for Nintendo to keep regional Chinese translations of Pokémon.

The Hong Kong arm of Nintendo in a letter has asked Hong Kong Pokémon fans to keep reading it as “Pikachu” regardless of the Cantonese phonetics.

Is the angst over Pikachu’s name change all a storm in a Poké Ball or something else more important like a question of language and cultural identity?