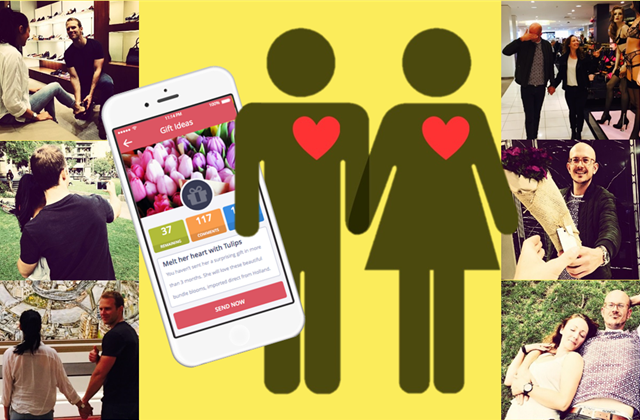 Meet Joe Average. He has been there since the dawn of time. Somewhere in the middle. The everyman.

Like it not, about half the males are actually worse than Joe Average. And about half are better.

In the Middle Ages, while he was sweeping the floor, the ladies were talking of heroes. Like Lancelot. Hoping that a knight in shining armour would sweep them off their feet.

Present day, not much has changed. Sure, there’s an app for almost everything. Promising the world. Including those from not-so-secret societies of pickup artists and players, all promising Joe Average that if he just rolls the dice and gets his game on, he too will be able to lance. A lot.

So, somehow, Joe Average has got a girlfriend. Whether through luck, pity, or something else. The good news is, on average, something has to work.

He’s got the girl, but how does he keep her? (Aside from pregnancy.) Because the heroes are still out there. Women will be drawn to them regardless. Because she wants the better half. Not the other half.

What if, there was a way to take the heroic qualities the ladies so love, and help the everyman master them?

HeroBoyfriend is an app planned to help make the average male a much better boyfriend. If that wasn’t already enough, here’s six reasons why the world needs HeroBoyfriend:

1. Because Tampons and Periods Scare Men

The reason… It doesn’t make a lot of sense. But then neither does something bleeding for a week and not dying. So much so, that some guy made a horror film about it: 28 Days. Or maybe it was 28 Days Later. Both were pretty frightening. And the confusion is recurring. If that’s making Joe Average a little uncomfortable, good. Some things get cast aside, others get absorbed first. All in all, she’s probably going to know a bit more about what is important to her than is Joe Average.

By remembering all these little things, and not just those occurring periodically. It could be anything from the six-month anniversary that the average male wouldn’t remember (unless sex depended on it). To what “our song” is. Here’s a hint: it’s probably not “your heavy metal masterpiece”. HeroBoyfriend can help you remember all the little things. From where your first date was, to what her favourite music is. Your thoughtfulness, can be the gift of HeroBoyfriend’s little secret.

2. Because Men and Women are Playing A Game of Thrones in Very Different Ways

Seat up or seat down? Tough call. If in doubt, the solution if running a television show, is add in more blood and more boobs. And if doing feature films, explosions as well. It has worked for Michael Bay. But for Joe Average, it’s a problem. Despite the spectacle. And she has probably also read the books, instead seeing a complex plot and character study.

Sometimes it’s important for the hero to stand his ground. Other times, it may take a hero to admit he is wrong. It could be fire or ice. Decoding the when and where of this, and which is which, can leave you a bit like the pickle in a McDonald’s burger. You’ve made it in, and are hanging on for the ride. But you could be discarded at any moment, depending on tastes. HeroBoyfriend can help you build the relationship on better grounds than default settings. Regardless of which throne is to be ruled. Iron. Porcelain. Or otherwise. HeroBoyfriend provides ideas to help the gents to lift their game for their ladies.

3. Because the Secret Agent Man Soon Becomes Doctor No Fun

So the castle has been stormed, the villain defeated, and the fair maiden rescued. The world is saved. Then Joe Average, who while dating had been moonlighting as James Bond, reverts. Gone are the crisp suits and dangerously suggestive one-liners. Once chiselled good looks, have bloated the way of a threatened pufferfish. Now it’s couch time. Round and immobile. He doesn’t want to stir, and his time with beer is to be unshaken. Especially if it’s to be spent in front of the TV. And no talking while the sport is on, because he has got work tomorrow and needs to relax.

Don’t let things get to this stage. Whether HeroBoyfriend is your Q or something else, it’s there for you. Like your faithful high horse ever ready to carry you once again into the fray and battle. Or that gadget which saves you when trapped. Put the chips down, and let HeroBoyfriend help to keep you in fighting fit form and dressed equally well. Even if she doesn’t know about your secret identity, you know the name is Boyfriend, HeroBoyfriend.

4. Because the Creativity of the Average Male is a Recipe for Disaster

The last time Joe Average came up with something creative, was when he convinced himself the lumpy milk he found at the back of the fridge, was still good and was like yoghurt. It didn’t end well. He probably shouldn’t have used it cook his girlfriend’s favourite meal of prawns either. Truth was, she doesn’t even like seafood. Especially with rotten milk. But for now at least, she has endured it all the same. Why? Because it was Joe Average’s gift for her. And if asked, her answer was: “I’m fine. Nothing’s wrong.”

Think of it like a stern mistress. She knows what she likes and isn’t afraid to whip you into shape. HeroBoyfriend can help to decode the “I’m fine” and “nothing’s wrong” and other such phrases. When it comes to being creative, HeroBoyfriend can well and truly deliver. Literally. Anything from the most thoughtful gift she’s ever received, to suggesting the right restaurant to dine at. It’s all about wowing her. And if that’s with your home cooking, then HeroBoyfriend will help you get the recipe right.

5. Because the Average Male is About as Eloquent as a Fart in Public

Let’s face it. Not only is Joe Average no Shakespeare, he doesn’t even know Shakespeare. His idea of a sonnet is non-existent. Telling his lady of:

Her caress, soft like the morning mists,
Ephemeral in the memory of the night spent,
Gilded by the promise of the golden day ahead.

Is simply not going to happen. At best, he might manage something like: “Luv, you’ve got a great rack.” Or maybe: “You don’t look fat in those jeans.” Pure class. Males may also express their emotions as a series of grunts. Maybe. If pushed. It is a sticking point after all.

Get the bard and other wordsmiths on your side. You may have been cursed with the looks of Cyrano de Bergerac, but without his words. Fortunately, HeroBoyfriend is there to help spin meaningful words of sweet nothings for you. Whether Juliet or Roxane or another, the right words can help stop romances ending in tragedy. Because as those using HeroBoyfriend can tell you, there are many advantages to being a great orator…

6. Because It’s About the Long Haul

Relationships change over time. What was once upstanding, can later fail to even get a rise. Which could make Joe Average feel really low. Think like a much, much older Kate Upton under the full effects of gravity. Just pendulously hanging there. The now may be great, but what about the long-term? It may be called a relationship, but with Joe Average it may be more like marking the days. Like a pair of underwear that the elastic has long gone in. They’re kept around, because despite the obvious holes and frayed threads, they’re apparently the favourite pair. Hanging off one another. Is it really love, or just lazy convenience?

Whether she’s truly “the One” only you may know. But any relationship is going to take work. Effort. Commitment. Don’t let the spark fade or that shining armour go rusty. It doesn’t matter whether you’re more Clark Kent than Superman. He’s a just more powerful, but lamer version of Captain America anyway. You probably don’t look great in spandex either. But it’s not HeroBoyfriend’s place to judge. It’s here to help you, and to help you help her. You don’t need a phone booth to get changed in. With a phone in your pocket, the HeroBoyfriend app could be all the combination of super and hero your relationship will ever need.

HeroBoyfriend, is there Anything it Can’t Do?

HeroBoyfriend can’t get rid of Joe Average. He’ll always be with us. Somewhere. In about the middle. But what HeroBoyfriend can to do, is help raise some of the boyfriends who are zeroes towards being heroes. This may also help lift Joe Average higher as well.

With many Joe Averages working together, along with some not-so-average Janes and even a few true heroes behind the scenes, HeroBoyfriend can help you achieve above average results for your relationship.

Gentlemen, HeroBoyfriend can help you to send her personalised gifts, give you ideas for dates, and help with remembering all those obscure anniversaries and birthdays. Along with HeroBoyfriend helping you to dress better, keep you in shape, and maintain the excitement in your relationship like every moment is the honeymoon. You can be both the hero you need to be and the one she deserves, because HeroBoyfriend says you care about your relationship.

Ladies, HeroBoyfriend can help your boyfriends be better boyfriends. The boyfriend you deserve. So even if he’s too afraid to sign-up for HeroBoyfriend, maybe a little push from you could help. Because no female has ever done that to a male before. After all, how long did he take to work up the courage and finally ask you out?

Yes, I want HeroBoyfriend to help me make a better boyfriend.

While you’re at, you may also want to consider the following uthinki question, because you know relationships are on your mind: