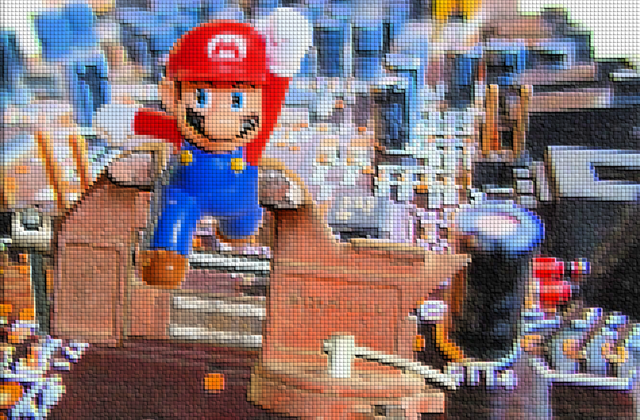 Retro gaming fads come and go, and for video game companies re-releasing their back catalogue of classic games can be somewhat of a boon.

Not content with digital or physical game re-releases, the company is taking it a step further with the release of the NES Classic Edition later this year. The Nintendo Classic Mini comes with 30 classic NES games loaded on the mini console, and includes the option to view the games in their authentic and original 8-bit blocky pixelated glory.

While Nintendo has apparently forever abandoned competing in the video game console arena purely based on computational power, at the time of its release the 16-bit SNES was an advanced piece of technology and generally more powerful than its 16-bit Sega competitor.

What that has to do with miniaturising the NES is seemingly nothing, but for the fact that a tech-savvy Nintendo fan has already made a functional micro SNES.

Known on YouTube as lyberty5, Hugo Dorison, made the palm-sized micro Super Nintendo console case of clay (but not in a Ghost potter’s wheel scene kind of way). Then kitted out its innards with a Raspberry Pi Zero loaded with games such as Doom and Yoshi’s Island. Resulting in a very small, very functional 16-bit gaming experience.

It’s unlikely to be making its way to mass production, which is probably a good thing, given how uppity Nintendo can be about fan-made projects with any relation its intellectual property (like the now shutdown Pokémon Uranium).

Along with debunking that notion that computers will follow the path predicted by Professor Frink, the future may also finally deliver on a use for the handle on the Gamecube, only it will be much smaller.