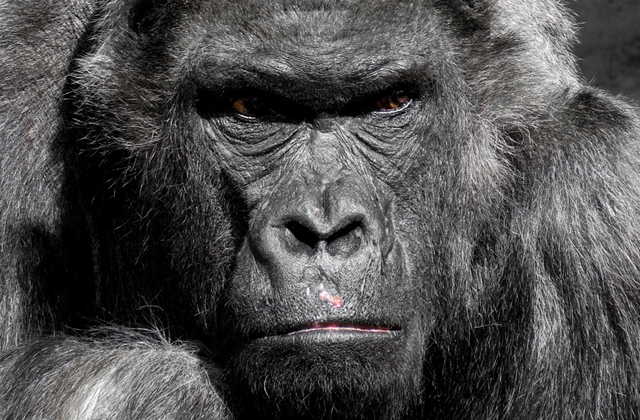 King Kong Supersized for Skull Island and the Monster Battles Ahead?

And that particular ape is about to get a whole lot bigger.

Plus the titular ape himself, King Kong, complete with his supersizing to 100 feet (30 metres) tall.

The massive size increase is likely laying the groundwork to give some semblance of plausibility to King Kong actually being a worthy contender against Godzilla. Who is increasingly utterly gigantic (since skyscrapers keep getting taller), has thermonuclear powers, and isn’t afraid of swimming in the water.

Because Warner Bros. intends to merge both the Godzilla and King Kong franchises together into a shared cinematic universe.

As tends to happen on Skull Island, King Kong has fought dinosaurs in the past. Including in the original King Kong (1933) movie, as well as his brawl against the two Vastatosaurus Rexes (similar to the real Tyrannosaurus rex) in Peter Jackson’s King Kong (2005) remake.

If cinematic history is anything to go by, then the big ape has also already battled the King of the Monsters in King Kong vs. Godzilla (1962).

Along with prospecting for potential monster versus monster movie gold, with a 2020 release date.

So a 100-foot tall ape whose story is one of misunderstanding, loneliness and that beauty killed the beast, is probably going to fight against a reptile whose allegory is to warn humanity against nuclear weaponry.

It could be deep.

Or if Warner Bros. stays true to recent form, King Kong and Godzilla will be enemies initially. Then suddenly end up bonding over both of their mothers being called Martha, and work together to defeat a common enemy.

What could possibly go wrong?