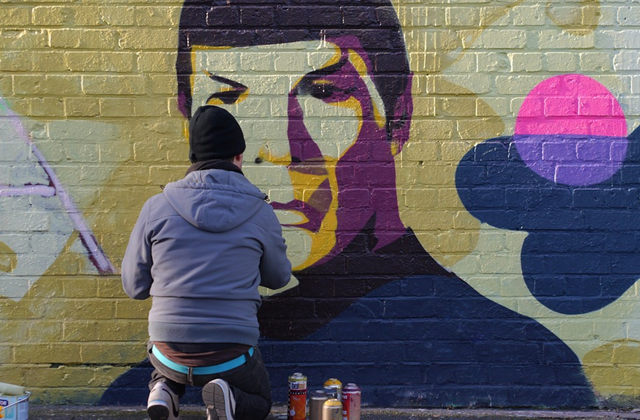 Naming J.J. Abrams’ rebooted Star Trek timeline has been the topic of much discussion amongst starship captains in many a ready room, or at least online and within forums. But now it’s boldly going where no-one has gone before, into official naming territory.

Officially called The Kelvin Timeline, it acknowledges the Romulan attack on the USS Kelvin from the Star Trek (2009) movie, and the ensuing events in the franchise.

Views of the rebooted movies have ranged to favourable, to them feeling more like (bad) fan fiction, to them just not being Star Trek at all.

But three viewpoints are hardly a galaxy, let alone an entire fictional universe.

And with that came the need to properly acknowledge the events of the Romulan-altered timeline within Star Trek itself.

As Holly Amos, Professional Trekspert at CBS, said via Twitter:

“More than that, we needed an in-universe term since we needed some way to refer to it in the encyclopedia”

The Kelvin Timeline might be better than other unofficial, fan-based names (which might belong far, far away outside even the darkest reaches of the Delta Quadrant) such as the “Abramsverse” and “NuTrek”.

In what may be the world’s worst kept secret, a few of these unofficial names likely caused various fans in unguarded moments, to go somewhere and yell “Khan” with varying degrees of volume and levels of wrath.

Elsewhere, at least one enterprising fan, previously took to having a building made to resemble the starship USS Enterprise in China. No doubt helped by an earthly pursuit of the 21st century, such as having lots of money.

Beyond being the name of the destroyed Federation starship in the Star Trek (2009) reboot movie, the name Kelvin also holds significance to J.J. Abrams and often is referenced to in some form in the director’s other works.

Much like his lens flares, although Abrams finally seems to be giving them a rest for the moment.

As for the third instalment, Star Trek Beyond (2016),director Justin Lin is at the helm.

It could be fast (but unlikely able to travel faster than the speed of lint), and the furiousness or otherwise is yet to be determined.

And if the third Star Trek movie doesn’t work out well, then there’s always the option to just blame the whole thing on Q (or some variety of the Q Continuum), and reboot the franchise again.