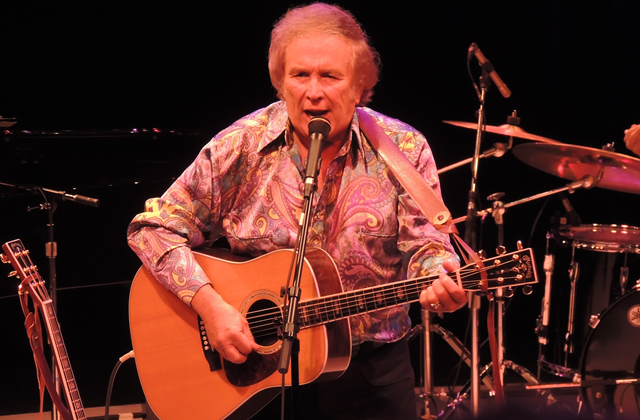 Don McLean’s original manuscript of lyrics for his song American Pie, was auctioned and sold on 7 April by Christie’s in New York. Written back the 1970-1, the manuscript fetched a sale price of US$1,205,000 from an anonymous buyer.

It achieved the third highest auction price for an American literary manuscript.

As Tom Lecky of Christie’s said: “This result is a testament to the creative genius of Don McLean and to the song’s ability to still engage and inspire.”

Don McLean apparently released his manuscript because he wanted to help people better understand the true meaning of his song. Stating in the Christie’s February catalogue:

“It was an indescribable photograph of America that I tried to capture in words and music.”

Maybe it was also as much as about the money and Don’s “mercantile instinct” as well.

The true meaning of the song American Pie, however, still remains rather mysterious.

The lyric “The day the music died” is generally accepted as a reference to the plane crash in 1959 which killed musicians Buddy Holly, Ritchie Valens and J.P. “the Big Bopper” Richardson. (Not when Madonna covered the song American Pie. Even if the music surely died at least a little on that day as well.) McLean was a paperboy at the time, and drew part inspiration for the lyrics from this memory of learning of this event.

In part there’s the notion the song is about the sense of change from one decade to the next. The idealised and sugar-coated American dream of the 1950s into the changes and upheavals of the 1960s and into the 1970s. From belief in the USA to cynicism regarding it. A slice of the many things in the world at the time and of the times.

Much about the song’s meaning remains debated though. As is often the case between what the words are and what they mean to someone, especially when it comes to things which are poetic.

What does the song and its lyrics mean to you? Answer the uthinki question below to also learn what the song American Pie means to others.