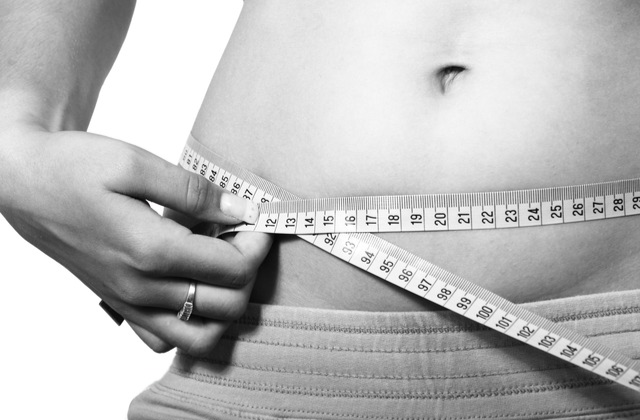 Cassey Ho, the Blogilates fitness instructor, recently made a YouTube video (shown below) called The “Perfect” Body, aimed at tackling body image shaming and cyber bullying. In it, and her accompanying blog post, she addresses negative comments she has received, such as:

“you shouldn’t give advice when you’re so fat”
“trainer?…really? tone up the belly fat and love handles”
“Why do all trainers have a 6-pack but not you?”
“take your career seriously and lose some weight”
“her body is so pudgy. try doing some crunches”
“no offense but you have no butt”
“you should suck it in more”

These are the ineloquent seven mentioned in the video, and are likely but a few of the negative comments received.

Cassey requests that the video is shown, where she begins to Photoshop her body to be “perfect” in response to the various comments and idealised notions of beauty. Asking at the end:

What would you change?

Before showing the video, while there are elements of attractiveness as determined by society and culture, there are also other elements which tend to be cross-cultural and are more innate. Though they are not totally devoid of cultural influence.

Cassey’s message is ultimately positive and realistic. Plus negative comments and the internet at times seem almost made for one another (if they could just get along). For example, even after Photoshopping herself, some still called her fat.

However, elements as to what is considered attractive in females, such as the waist-to-hip (WHR, where the size of the waist is divided by the size of the hips), in many psychological studies has found that attractiveness peaks somewhere around a ratio of 0.7 (see Marlowe and Wetsman, 2001) which is typified by a smaller waist and larger hips with more fat deposited around the hips and buttocks. Which also tends to correlate with females being more fertile; and having higher levels of oestrogen than testosterone (Singh, 1995).

A similar study by Tovée and Cornelisson (2001), occurred where males and females rated the attractiveness of images of females, 50 from the front and 50 in profile, all with the faces of the females in the images obscured. The images were controlled for via the body mass index (BMI) and with the WHR altered in the images. Interestingly both males and females rated the images of females which were more curvaceous – that is, those with the lowest WHRs – as being more attractive. BMI and general perceived fitness were related and also added to what was considered attractive.

Males are not free of body image and perceived attractiveness related to their body proportions and shape either. For males, the waist-to-chest ratio (WCR) is a determinant of attractiveness by females. With females tending to prefer males with broad shoulders and narrow waists (for example, see Maisey, Vale, Cornelissen and Tovée, 1999). It’s believed this, in general, positively correlates with male strength and higher testosterone levels leading to higher perceived physical attractiveness.

Unsurprisingly, faces also play a role in attractiveness. In what may give some truth to the “clothes maketh” statement, the study by Furnham, Lavancy and McClelland (2001) found that an attractive face on females trumped the WHR when asking males to rate what they considered attractive.

All of which should be taken with a grain of salt, understanding that there is considerable variation in what an individual may find attractive or unattractive compared to the average. That being said, on average two things in particular are of interest here: one, these physical attributes mentioned above where often related to the negative comments Cassey Ho received; and two, that Cassey’s video addresses many of these areas.

Now, having watched the video, honestly answer the uthinki question below because it just may reveal something about what people truly consider regarding beauty: