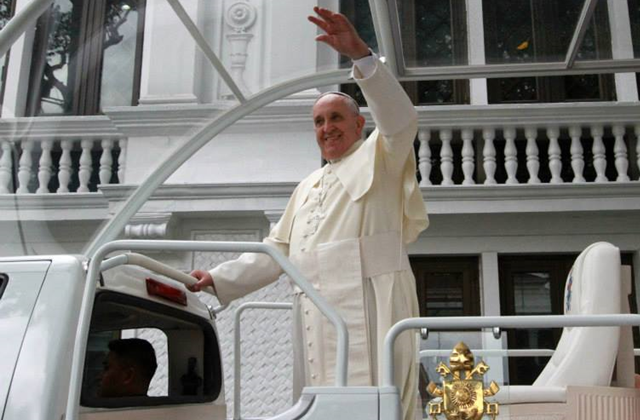 Pope Francis calls for Abortion Forgiveness during the Jubilee of Mercy

Beginning 8 December 2015 and set to run to 20 November 2016, to mark the Year of Mercy, will be a Jubilee Year as declared by Pope Francis.

Within this period the Pope will formally allow priests to forgive abortions.

Typically a Jubilee, or Holy Year, occurs every 50 years. It’s observed by both Jews and Christians.

With respect to Roman Catholicism, there are two type of Jubilees.

An ordinary Jubilee, observed after a set number of years (typically every 25 or 50 years), with the first proclaimed by Pope Boniface VII in the year 1300.

It is the latter case, in that it will be the Extraordinary Jubilee of Mercy as proclaimed by Pope Francis.

During this time, Pope Francis urged in a letter, granting: “all priests for the Jubilee Year the discretion to absolve of the sin of abortion those who have procured it and who, with contrite heart, seek forgiveness for it.”

Abortion has long been a heated topic.

Particularly with the Church, where Roman Catholics are prone to being excommunicated for abortions. Making Pope Francis’ calls for mercy and forgiveness of abortions rather extraordinary in itself.

Many oppose abortion on religious grounds, and these may form a long list of reasons with considerable complexity, wrapped up with what is viewed as the right to life.

There is also the counterpoint. Often, but not necessarily devoid of religion, that abortion can be part of responsible parenting. Wherein the belief is that religion has wrongly added a negative stigma to abortion, but it is the woman’s choice and her body. Some go as far as to argue for being pro-abortion.

Between the hard lines of pro-life and pro-choice, there are circumstances and reality. Where the positives and negatives of abortion are truly faced. What is spoken of with impunity at arm’s length may seem very different had someone walked a mile in the shoes of those faced with such a decision.

It is acknowledging this, that Pope Francis’ letter states:

“I am well aware of the pressure that has led them to this decision. I know that it is an existential and moral ordeal. I have met so many women who bear in their heart the scar of this agonising and painful decision.”

Be this as it may, even offering forgiveness and mercy, and a Jubilee Year, may not bring both sides of the abortion argument any closer to an agreement. Let alone an understanding.

Where one side denies the views of the other side, a debate it is not.

In light of this, what do you think, and what are others likely to think, regarding the abortion debate in the uthinki question below: