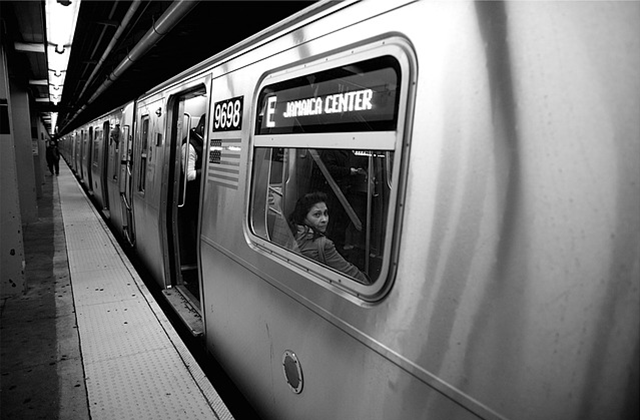 How to manspread: Take one man, two seats on public transport, and apply the man by liberally spreading him over the two seats instead of one.

Classics of the manspreading recipe include: the man sitting as normal, but spreading both of his legs wide open; alternatively, the man may sit with his legs crossed either normally or diagonally spread across the seats.

Either take next to no preparation time. Their costs could vary, however.

In the USA, New York’s Metropolitan Transit Authority (MTA) even created its own subway etiquette campaign, including a poster saying “Dude… Stop the Spread, Please” in an effort to combat the spread of man. Or at least the manspreading.

The MTA also has its rules of conduct prohibiting passengers occupying more than one seat if it interferes “with the operation of the Authority’s transit system or the comfort of other passengers”.

If there’s a rule, there’s also likely a law.

And as reported in the Police Reform Organizing Project (PROP), New York police officers arrested two Latino men on the charge of ‘manspreading’ on the subway.

It appears this is the first documented case of manspreading leading to a court appearance.

However, the PROP report noted that:

“The judge expressed her skepticism [sic] about the charge because of the time of the arrests: ‘12:11AM, I can’t believe there were many people on the subway.’”

On public transport, it’s mainly about personal space. It’s not necessarily manly, and it’s not only men doing it.

Even if a lot of the campaign, including the posters (and souvenirs) were light-hearted, it could be asked:

Would the term womanspreading have been introduced with the same response?

As may have been expected, there has been a fair share of anti-post-feminist-neo-sexism discussion about the manspreading matter.

Inasmuch as there does appear to be a kind of unspoken rules of commuting on public transport, notions of personal space are not unique to subways in New York, any more than are the actions strictly manspreading.

Other space filling recipe variations include:

However, baring a few stubborn holdouts, most of this is done only while other seats elsewhere are readily available. Again, it’s in the interests of personal space, because there’s often seating available not next to that particular person.

Yet as conditions head towards sardine spacing status, people, manspreaders or otherwise, yield their guarded extra seating territory typically – if begrudgingly – as soon as asked.

The eternal struggle for custody of the armrest is another matter entirely.

Similarly so for the person who insists on travelling backwards to face the stranger opposite them, instead of flipping the seat around.

Because common courtesy on public transport can be a fickle matter. Which can also include the uncontained full open-air sneeze, and other, more skunk-like approaches. All as apparent defence mechanisms in the interests of elusive personal space.

There is also the superslouch – or #superslouching – version of manspreading. But that’s in a whole different axis of space altogether. And a discussion best left for another time.

Failing all of the above, try talking to yourself. Loudly.

Or just be polite as required, because it probably doesn’t have to be made a legal issue.

Which leads to the uthinki question, where there’s no middle and one must choose a side, and it’s not aisle or window: