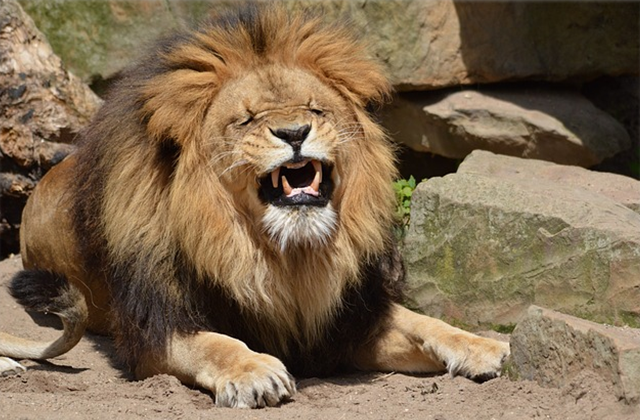 Hakuna Matata for the Milwaukee Lion

The search for the elusive Milwaukee Lion has been on since it was first called in on 20 July.

Since then, it has taken on various forms. Including potentially appearing in a grainy video recording (as mysterious creatures tend to do). To apparently outlining its innermost thoughts as the milwaukee_lion on Twitter, along with the #mkelion hashtag.

Sightings were thick and fast last week, but now seem to be quieting down.

Most seem to agree it’s a large cat-like creature.

However, that didn’t spare a dog getting shot in the leg in a case of mistaken identity.

Evidence of the Milwaukee Lion seems to be scant, and increasingly becoming worthy of urban legend status.

Suggestions have been that it’s a young male African lion, or a female lion

Or a mountain lion or puma. Or a cougar. A few of them in various guises may also be on the prowl around Milwaukee as well.

The Milwaukee County Zoo, has said all of its lions are accounted for.

Some suspect that it may have been someone’s pet lion that has escaped.

Calls to tighten up legislation in Milwaukee banning the ownership of dangerous exotic animals, including lions, are now underway.

As the New York Times reported, with the comment from Jeff Kozlowski, owner of the Wisconsin Big Cat Rescue in Rock Springs:

“If you had a pet lion and it got out and it was causing this much uproar,” he said dryly, “would you call in and say it was yours?”

Delving deeper into the urban legend and urban myth status, the Milwaukee Lion could instead be a very rare sighting of the Skippery Boo. Though improbable.

Or somewhat like Star Wars actor Peter Mayhew while wearing the Chewbacca the Wookiee costume being at risk of being shot by Bigfoot hunters during the filming of Return of the Jedi. True story.

“The longer it goes on, the less frequent the sightings are. It boggles the mind that everyone with their cell phones hasn’t been able to take a photo.”

It could all be the circle of life though. A secret like who really killed Mufasa. Or that other, bigger, secret – maybe of Disney’s – about Tezuka’s Kimba The White Lion.

From one sighting to the next, the mysterious Milwaukee Lion may, or may not, still be out there.

Although male lions do sleep around 20 hours per day. So that may partially explain the lack of sightings. Not just that the lion sleeps tonight, or all nights, that the Milwaukee Lion is being searched for.

Until more evidence arises, there’s always room to have a few thoughts and whim away about the Milwaukee Lion in the uthinki question below: