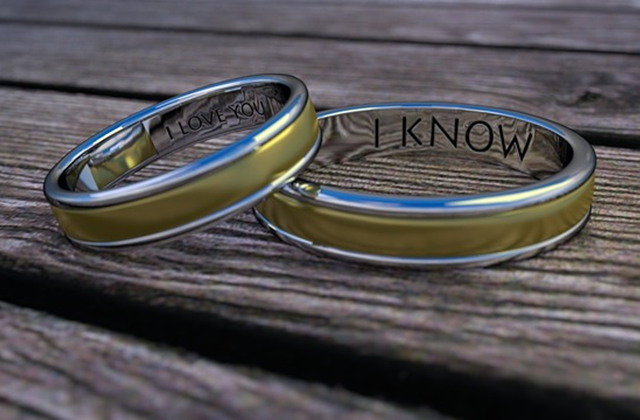 Decadent Claims: Why Same-Sex Marriage Should Not be Decided by Politicians

Question: How does Barnaby Joyce think Asia will see Australia if same-sex marriage is legalised?

It may have been difficult to believe that Agriculture Minister Barnaby Joyce could’ve topped his earlier comments about Johnny Depp’s dogs being “stateless” but clearly there’s a new contender.

In reference to Asian countries, Barnaby Joyce said the following regarding same-sex marriage:

“When we go there, there are judgements, whether you like it or not that are made about us.

“They see us as decadent.”

When asked if Australia embracing gay marriage would be seen as decadent in Asia, Mr Joyce said:

“I think in some instances they would, yeah.”

His reasoning, along with Senator Abetz, is because at present no country in Asia has legalised same-sex marriage; and they represent primary trading partners and have significant economic ties with Australia.

That being the case, several things may be considered:

There was a time when Australia was a democracy when many Asian countries were not, and some still are not. Did, and does, that make Australia decadent on that basis?

On the one hand claiming the economic interests of marriage at the country level, yet on the other hand playing the traditional family card seems rather inconsistent.

As Barnaby Joyce said on the ABC’s Insiders that:

“I don’t believe we should be redefining marriage” along with “marriage for me is in the traditional form”.

How exactly that gels with adoption or economic ties and trading with Asia does not seem fully thought through.

Similarly so with notions of legal marriage status somehow serving as a type of economic dowry between countries in the modern era.

Clearly there are politics at play, and a numbers game of for and against.

Prime Minister Tony Abbott has reportedly continued to quash moves on the apparently controversial social reform to redefine marriage, on the basis that the Liberal Party’s policy defines marriage as solely between a man and woman. There has also been the suggestion that those ministers within the Liberal’s cabinet who do not support this viewpoint should quit.

While it has been cited the recent decision in the USA, where the US Supreme Court voted 5-to-4 in favour of same-sex marriage being a legal and Constitutional right in all 50 states of the USA, it is still not without its controversy.

Some within the conservative Republican Party are considering challenging the court’s decision.

It should also be noted that whilst President Obama now supports marriage equality and same-sex marriage, this is coming towards the end of his second term. He cannot be re-elected as President of the United States of America; and Obama was rather silent about the matter of marriage equality in his first term.

Even if there does appear a societal shift in viewpoints regarding marriage.

The politics are somewhat similar in Australia.

It’s highly unlikely that same-sex marriage is enough to be the point on which Australian voters are solely going to determine the Government upon. Other policy areas will matter. Other policy areas should matter. Furthermore, the issue of same-sex marriage may be enough to upset voting margins by shaking up the status quo. Where some voters consequently vote against a particular party as a protest vote.

Linked with this, including party politics, things such as private member’s bills on same-sex marriage and even allowing conscience votes and the crossing of the floor by party members seem vastly inferior to the approach taken by the Irish referendum on same-sex marriage. Where Ireland as a county unambiguously asked the voters whether they agreed with the following statement:

Marriage may be contracted in accordance with law by two persons without distinction as to their sex.

The two choices were “Yes” or “No” and voting in the referendum was not compulsory.

Decadent as it may, or may not, have been, this was an example of democracy truly in action.

There were only two choices, which is as close as possible to a voting system that is best, when no voting systems are perfect.

Additionally, the people decided. They were not forced to vote on the matter, they could legally abstain if so desired. And the Irish people took their own views (and whatever beliefs they carried with them) to the vote, rather than it being filtered through the supposed representation of politicians and party politics.

The wording of the referendum was short and clear, nothing extra attached, and it was such that it allayed fears of polyamory and other such things.

About the only other clause may have been to add the words “consenting” and “adult” into the statement, such as “two consenting adult persons” are the legal requirement for marriage. Or replace the word “persons” with the word “humans” if concerned.

A key point, regardless of whether being for, or against, same-sex marriage, is that it seems something which is best not determined by politicians alone.

Irrespective of compulsory voting, by putting the referendum to the Australian people as a singular, standalone matter regarding whether to legalise same-sex marriage in Australia, then it essentially should not be a political issue.

Or at least a lot less of a political issue.

There could be some repercussions, good or bad, as to which political party introduces such a referendum. However, the matter would not be lost to concerns of political campaigning and getting elected and re-elected. Primarily because voters would be voting on the referendum itself; not the outcome of a federal election.

(The other alternative is to make same-sex marriage and marriage equality such a large political issue, that politicians cannot ignore it lest it determines the election outcome. Yet the act of electing the Government on a sole policy issue may be less than ideal.)

If people have the right to vote (for politicians), then is not the right to choose who they legally marry at least be on a par with suffrage?

It should also be noted that marriage may be about love, possibly children; but it has also been about many things both in the past, as well as nowadays, ranging from economic, strategic and wealth-based alliances, to religious and contractual legal arrangements.

That being said, if a marriage is between two consenting adult persons, and Australia as a country espouses civil liberties and personal freedoms, including democracy, then aren’t concerns of being perceived as “decadent” by Asian countries pretty far removed from notions of the claims and concerns about children within a marriage?

Isn’t decadence often also part of many wedding ceremonies, even when the marriage is solely between a man and woman?

What do you think, have the issues of same-sex marriage and marriage equality become too politicised, or not politicised enough?