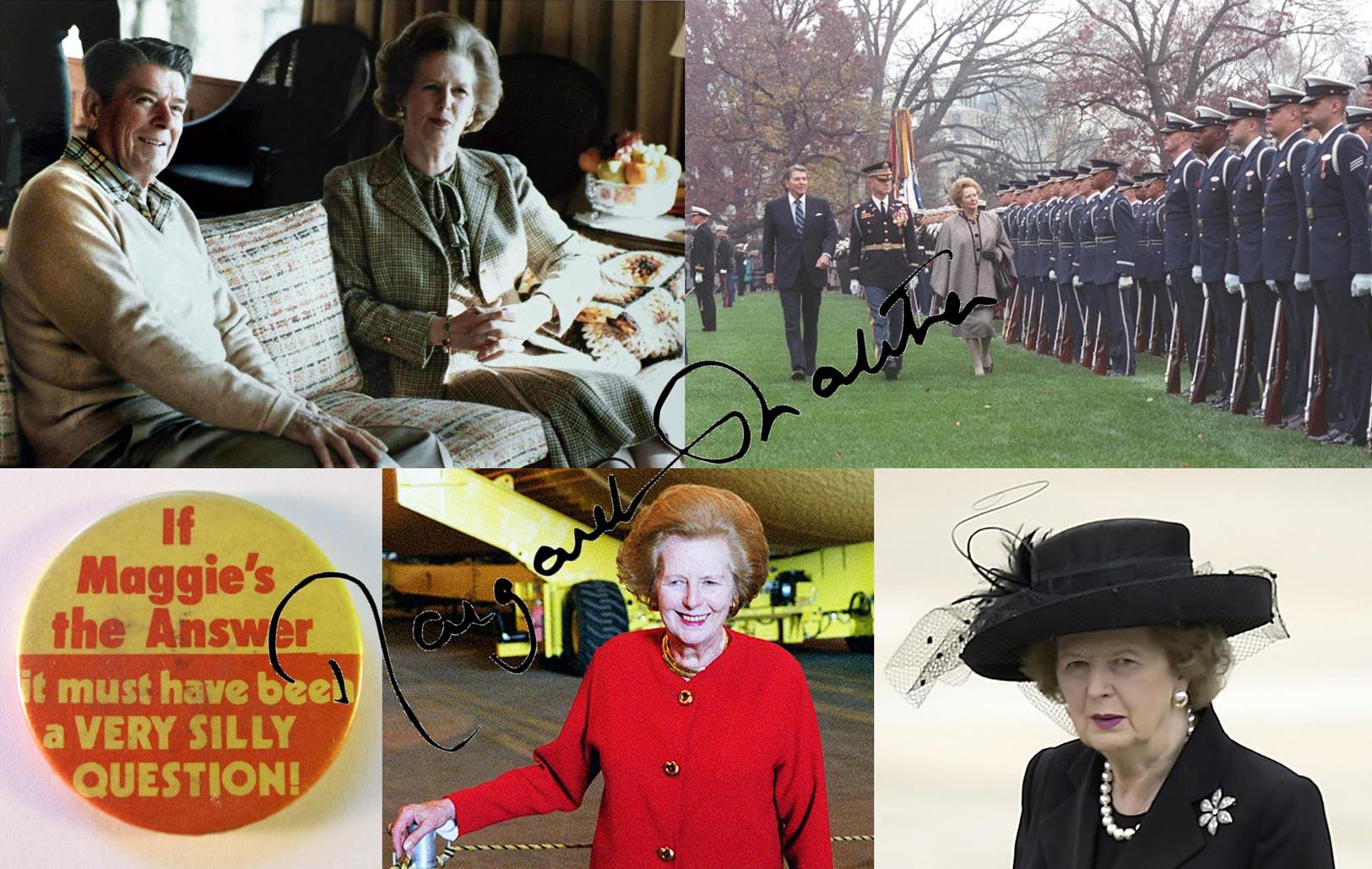 Margaret Thatcher and Other Economic-isms

She Will Not Rust

The Iron Lady, as Margaret Thatcher came to be known, was considered a formidable and often divisive political figure.  As Britain’s first, and to date only, female Prime Minister, she was also the United Kingdom’s longest serving PM in the 20th century.  From 1979 to 1990, she held the position.  Leading with an iron first, and not covering it with a velvet glove, was her style.  The lady was not one for turning.

Ever the Divisive Politician

Love her or hate her, few could ignore her.

Even in death, for Margaret Thatcher this continues.

Dignitaries and prominent politicians from around the world have offered and paid their respects.

It’s often Western custom to not speak ill of the dead.  Yet, in perhaps rather un-British tradition, some within the UK have taken to the streets to openly celebrate the death of Margaret Thatcher.  The Brixton Street Party was one such example.  Anti-Thatcher protestors have even managed to propel the song Ding-Dong! The Witch is Dead to number one in the UK charts.

Like it or not, people still can’t ignore her.

The hashtag on Twitter #thatcherisdead trended.  Many within Britain read it as “Thatcher is dead”.  Whilst across the pond, it was initially interpreted as “that Cher is dead”.  Cultural differences, one supposes.  Perhaps hard to tell whether it was either the famed stiff upper lip or that dry British wit.  The interpretations and division continues.

Margaret Thatcher was known as a staunch conservative.  Frugal with spending.  Her policies favoured deregulation, opening up the flexibility of the labour markets.  She was viewed as being against trade unions, and promoting the privatisation of government owned enterprises.  (Hence the animosity of some British workers to this day.)  Not only was she viewed as being this way, she was that way.  Her politics reflected this.  They came to be known as Thatcherism.

Under Margaret Thatcher’s leadership, economic policies favoured raising interest rates to curb the rampant inflation that persisted in the early 1980s.  A lowering of direct taxation on income, yet raising indirect taxation on consumption.  This began with the intention of ending Britain’s Winter of Discontent and lifting it out of recession.  Economic policies were viewed as being largely associated with monetarism; although in the wake of the apparent effectiveness, Austrian economics have also been cited.

Some view it that the policies of Thatcherism raised Britain out of recession.  Rescued it.  Then, restored it back towards the world power it once was.  Others view it that Thatcher’s policies destroyed entire towns and industries as British workers were displaced and lost their jobs.

Most would seem to agree that the policies of politicians can disaffect people.  If people are specifically targeted by the policies, then they can be affected.  For most others, they’re often impacted only indirectly.

Herein is the curious thing, in that although many view Thatcher’s policies as having shaped the path of Britain over her time in power from 1979-90, economically it followed a very similar path to other developed countries such as the USA, Japan, and Australia, for example.  Many such countries emerged from recessions in the early 1980s and then had economic booms; and similarly had high rates of inflation which were later brought under control.  (In the USA, Paul Volcker is often credited with breaking inflation’s back.)

It could be that economic and political thought was correlated throughout this period.  For example, Ronald Reagan and Margaret Thatcher seemed to share ideologies; Thatcherism and Reagonomics were not that dissimilar in places.

Additionally, the exchange of goods and services and the flow of funds from the larger economies would have a related impact on other countries via gains from trade.

If the contention holds that much macroeconomic policy is of a more indirect nature on most of the economy’s participants, how – and perhaps more importantly why – did and does the high degree of correlation amongst the economies of different, often distant, countries occur?  It seems misinformed to claim that it’s all policy driven; even if it was from the Iron Lady.  (Unless something goes wrong, then it probably was the fault of the politicians.)

Is this where the Hayekians chime in, stating that the economy is organic?

What are your thoughts on the economy?  Don’t let the comments, or your opinions, just pass by ceteris paribus.