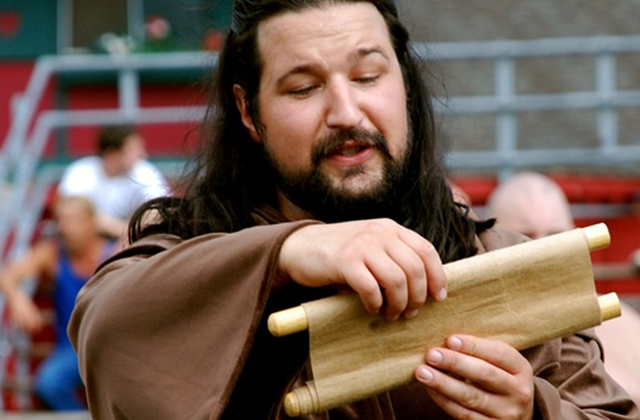 Elder Scrolls VI is the Elephant in the Room

Gamers can expect that much, but they may not expect the game any time sign.

Howard confirmed Bethesda is working on three new projects, and TES VI is likely the last to be completed amongst them. With the head of Bethesda calling it “kind of like the elephant in the room” and that “it’s a very long way off”.

“I could sit here and explain the game to you, and you would say: ‘That sounds like you don’t even have the technology. How long is that going to take?’ So it is something that’s going to take a lot of time, what he have in mind for that game, and we actually have two other large projects we’re also doing that are bigger than everything we’ve done. People will probably hear about those even before Elder Scrolls VI. That’ll make sense many years from now.

“We think very long term. We’re not a developer that’s going to rush something like this out. When you think about what is the future of that kind of game, we have a pretty good idea of what that’s going to be, and it’s just going to take technology and time we don’t necessarily have right now.”

No real new news on TES VI from Bethesda via the YouTube Live at E3 stream.

The upside is that Skyrim is getting an HD remaster; and for PC owners of original game and all its DLC, the remaster will be free. The remastered Skyrim Special Edition will also feature “new water shaders” and water has long been a graphical highlight in the RPG game series.

As to where that leaves The Elder Scrolls VI, is firmly in the land of conjecture for now.

However, from a technological perspective, part of it may be that Bethesda is learning how real humans play in Elder Scrolls Online and will be integrating this into future NPC AI. Which may bolster the Radiant AI system significantly.

Another point is notably that within Tamriel, the lands of Valenwood are have cities built on the Graht-oaks, which are giant migratory trees. It may not quite be an Entmoot, but this could represent quite the challenge for a game engine. Not only graphically, but with the programming required to keep track of all these roving trees and the characters within these cities, especially if the NPCs alter their actions based on location and past events.

Valenwood has already been speculated as the potential location for The Elder Scrolls VI, and may be in keeping with the events which unfolded in Skyrim and further advance the interests of the Third Aldmeri Dominion.

Regardless of whether Valenwood is the setting, there are no shortage of ideas from fans for the next Elder Scrolls instalment.

With over 20 years of The Elder Scrolls series, there are enough ideas and theories around, that some of them may have already foretold what is in the Scrolls.

In the meantime, here’s a simpler role to play in answering a question: