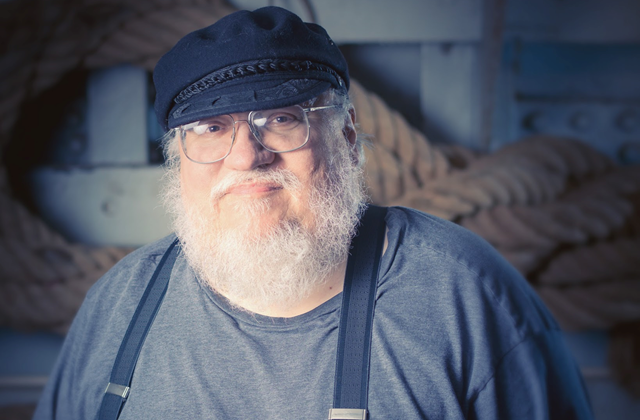 Heroes and Villains with the Same Powers: George R. R. Martin is Tired of this Marvel Movie Trope

George R. R. Martin, “that Game of Thrones guy” has recently been active writing on his blog. Which may not be exactly the type of writing many fans of the author were quite hoping for, but it is George R. R. Martin doing some writing nonetheless.

With it has come Martin’s take on the recent Ant-Man (2015) movie, which he reviewed favourably, but he did also have the following more general point to make:

“I am tired of this Marvel movie trope where the bad guy has the same powers as the hero. The Hulk fought the Abomination, who is just a bad Hulk. Spider-Man fights Venom, who is just a bad Spider-Man. Iron Man fights Ironmonger, a bad Iron Man. Yawn. I want more films where the hero and the villain have wildly different powers. That makes the action much more interesting.”

Does it really improve the movie any, or at least make the action more interesting though?

Unlike in the comics (or books or graphic novels), where a considerable story arc can take place, with an audience already familiar with the characterisation, a movie may not have that luxury. The movie will likely need to bring in possibly an audience of casual viewers, and entertain them enough in a rather self-contained way that can all be wrapped up in about two hours.

So although it may be now becoming somewhat of a worn movie trope in superhero movies to have the hero and the villain having similar powers, there’s an element of storytelling compression which makes it easier to understand.

There is also the often allegorical nature of the superhero and supervillain story. That they are in some way connected. Often likened to the notion nowadays that a superhero movie is only as good as its villain. Where the protagonist and the antagonist share similar powers, but ultimately it is the sense of the hero finding something more within themselves.

A question of morality.

That they too, could be the villain, save for the choices made and actions taken by them to do the right thing.

And this easily applies to the examples George R. R. Martin gave with Hulk and the Abomination, Spider-Man and Venom, and Iron Man and Ironmonger.

It was arguably even more blatant with Captain America and Red Skull, or even the Winter Soldier for that matter.

The hero and the villain are often both sides of the same coin in some ways.

Many other stories have told the same tale of the intertwined hero and villain, and one beating the other at their own game, subject to the rules of how they may choose to play.

Marvel aren’t alone in this manner either, DC follows similar conventions. As have the iterations of the superhero films under Sony and Fox, though to varying degrees.

A trope is a trope for a reason: it works. Not necessarily as a worn cliché, but something that somehow continues to fit the situation at hand all the same as a plot device.

It’s still similar with more realistic and gritty takes on superhero movies (and television series), including with the exploration of anti-heroes. The darker takes and retellings of the characters still speak of the allegorical inner struggle, the villain may merely be the embodiment of that crossed line.

Like in Man of Steel (2013), with Superman and General Zod facing off. Again with similar powers. However, a major criticism of the movie was actually how that fight ended, and whether it was something Superman’s character would truly have done. Not that their powers were essentially the same.

The more cerebral takes on the matter, such as the Watchmen (2009) movie tend not to have quite the same mass appeal to audiences as do the more recent, and arguably more straightforward, action superhero films.

Whether George R. R. Martin is more hopeful of something like a reimagined take on the X-Men: The Last Stand (2006) movie, such as having Pyro and Iceman fight it out because they essentially have the diametric opposite of powers, would be interesting to know. If that fight also occurred in song-form, turning the movie into a musical probably couldn’t make it any worse in the eyes of many fans.

There’s also the character element of the heroes (and the villains); such as the Hulk and he’s good at: “Smash.” So too is the Abomination. It therefore makes sense to see who is better at this smashing. However, the other elements, often need to come from the inner struggles of Bruce Banner. Much like the classic tale involving Dr Jekyll and Mr Hyde. Story arcs within the comics have also delved into Bruce Banner’s sanity and insanity, but the complexity of monstrous man and monster may be rather far from the desired action-orientated “Hulk smash” film many people want to see. Naturally Ang Lee’s Hulk (2003) film should get half a mention in passing here; and the Hulk has also had his fair share of storylines unlikely to be worth a movie.

The similarity of powers between hero and villain tends to set up the contest dynamic within the films, and to find out who is better at such a power in the end. Though Martin could be right in the sense of a street fight without any rules may make for a greater spectacle than a highly regulated boxing match.

Changing characters for the movies is also prone to spark the anger of fans.

Although there is something more here, which as superhero films now attempt to weave an interconnected cinematic universe and franchise themselves into ongoing continuity, there’s the evolving sense of the villains of the stories not simply being counterpoints to the heroes and juxtapositions to their character traits.

Rather that the villains now need to be more interesting. With the displaying of motivations beyond simply wanting to destroy or conquer.

Pivotal to this, may well be how Marvel and actor Josh Brolin portray Thanos on the big screen in both parts of the Avengers: Infinity War films set for release in years 2018 and 2019.

With so much building up to this, including the cameos and Easter eggs in the films so far, the character of Thanos will need be an engaging presence on the screen. In a way beyond Thanos simply being but another force powerful enough to require one more Avengers team-up to defeat him. Fortunately the source material for the character is there.

Since the finale is still a few years away, surely unlike other projects of George R. R. Martin, here’s a uthinki question which can be answered right now: