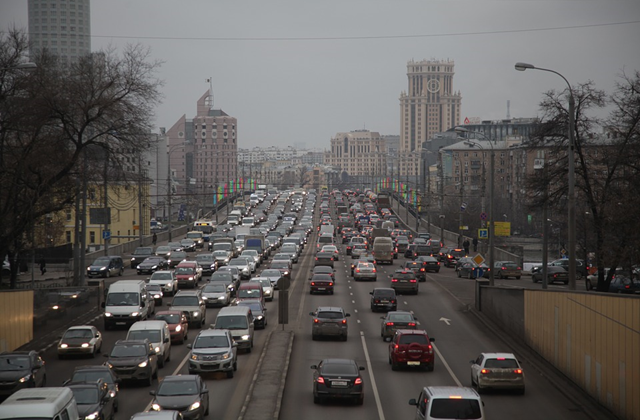 Drivers in Moscow were subjected to more than a proverbial crap-storm when a sewage tanker burst.

Traffic in Russia can be more than a little crazy.

In fact Moscow often can be constipated with traffic, but this took things more to the level of a very bad case of diarrhoea.

Fortunately, maybe, thanks to power of a dashboard cam, it was all caught on film.

Not only did things really hit the fan, the explosion managed to spray the vehicles on either side of the tanker.

And in what could be the worst of all kinds of toilet splash-back, while the white 4WD in the city may never really get off-road, that’s not spray-on mud to boost the owner’s ego.